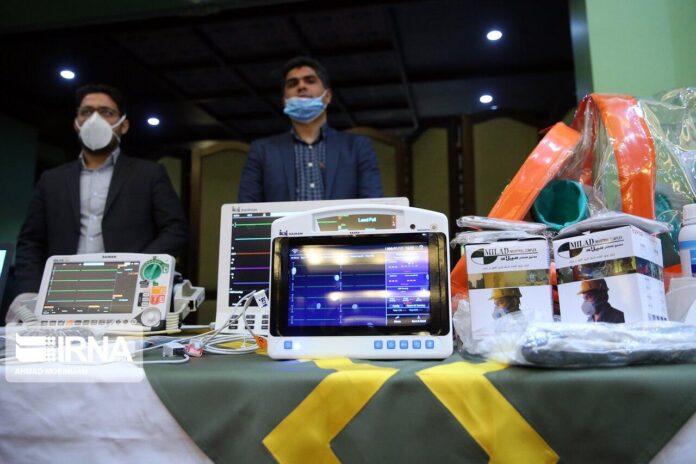 An Iranian official says ten countries have submitted their requests to import Iranian knowledge-based products to contain and diagnose COVID-19.

International Affairs of Vice Presidency for Science and Technology says the companies are ready to export 10% of the anti-corona products related to the diagnosis and control of the coronavirus.

Mahdi Qaleh Noei said on Tuesday the Vice Presidency for Science and Technology earlier issued a call amid the outbreak of the coronavirus, announcing that companies with the ability to build diagnostic kits express readiness to combat the virus.

“With the spread of the virus, knowledge-based companies working in the field of medical equipment began working on the diagnosis of the virus due to its unknown nature.

Therefore, with the financial and spiritual support of the Vice Presidency for Science and Technology, the required kits were produced and marketed,” stated Qaleh Noie.

He went on to say that currently, a series of kits can be exported, but considering that there is a high consumption capacity in the country, and the health ministry has not yet announced the number of needed kits, these kits are only produced for domestic consumption.

However, there is a willingness to export more of the antibody diagnostic kits to determine whether people contracted COVID-19 before, he underlined.

“One of these knowledge-based companies has received an export licence, but just the surplus of these kits can be exported.”

At present, 10 countries have announced in official letters their need to receive these kits which are in the process of being exported, expressed Qaleh Noei.

“We have received requests from European countries, India, and Oman in this regard, and preliminary procedures are underway to export if the domestic needs are met.”

Qaleh Noei said if the health ministry allows, the vice-presidency is ready to export 10% of the production of the knowledge-based companies.

“We are negotiating with two countries. This disease is unknown and the scientists across the world are conducting research. We have also announced readiness to various countries and Iranian specialists inside and outside the country to do joint work. We have now officially started our joint research activities with two countries, and the process of defining the features is underway.”

Qaleh Noei also added that the Islamic Republic is ready to export other items such as ventilators, disinfectants and mask-producing equipment too.

As Iran has built good infrastructure in the face of sanctions, we have a good response at the time of crisis. Iran can turn the crisis into an opportunity, noted this Iranian official.

“We produce most of the country’s needs and we are naturally ready to export. The Islamic Republic is is dealing with the disease much better than many countries in the world because they did not expect such a situation. That is why we are ready in many aspects, but due to the precautions of the health ministry we are moving carefully. Whenever the health ministry announces the domestic needs are met, we can start exporting,” he concluded.