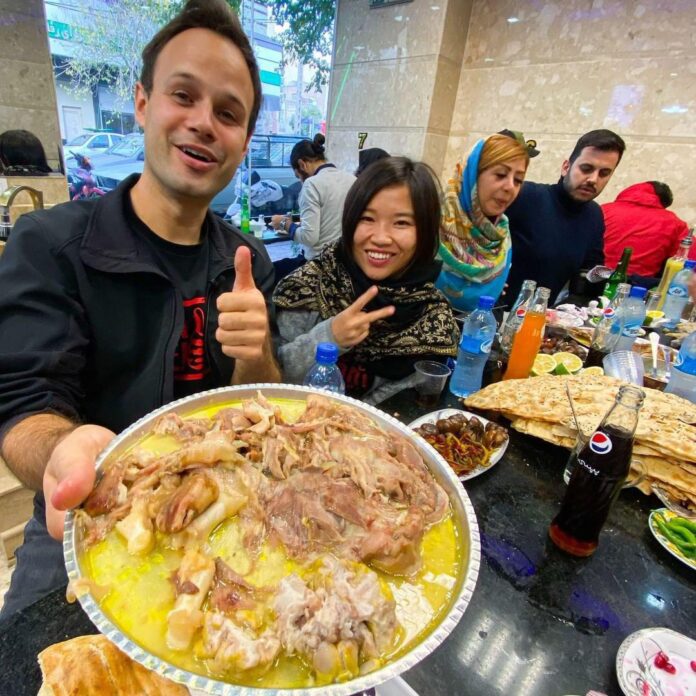 The famous Canadian food blogger and influencer, Trevor James, says Iran means the smell of colourful and delicious food whose videos can be shared with people around the world. “I think the taste of Iran is like sweet saffron.”

Trevor James is a Canadian citizen. He is on trips almost 250 to 300 days of the whole year. He eats foods and produces content about that country’s food culture. He is in love with the taste of street and local cuisine.

He has recently travelled to Iran and has had the chance to taste the foods that tourists may not have the chance to try. In his opinion, the taste of Iranian foods is “unique”.

He has been living in China since about five years ago to learn the language of the people of this country. As a food adventurer, he has been producing content for nearly six years. He has around 3 million followers on YouTube and 6,000 followers on his Instagram page. He is widely recognised as one of the most influential figures in the field of food culture on social media in Iran. 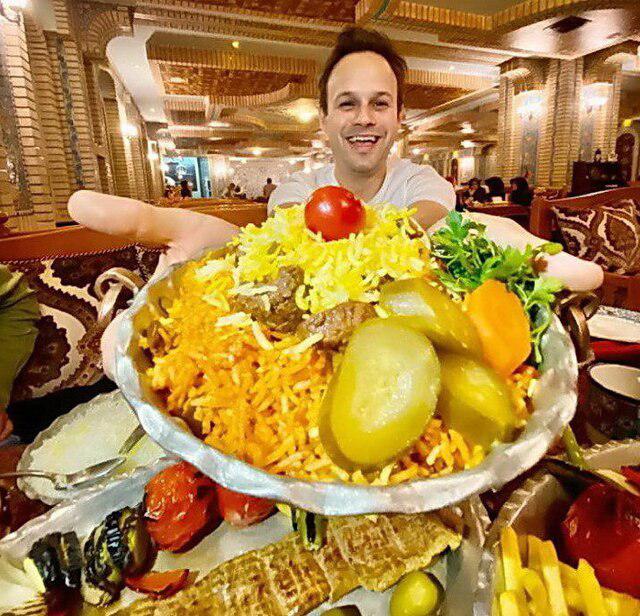 “I really love Iran and I’m sure I’ll get back to the country again,” he says. “There are some unique places in this country that I have to see.”

He has travelled to Tehran, Mazandaran, Gorgan, Mashhad and Chabahar in two weeks, having seen four seasons of Iran and got to know the country’s cultural diversity, nature and people. He explains that in the north of Iran he got familiar with the way the “stuffed lambs” are cooked which he had never seen before in any country.

“I had heard a lot about Iranian food. I had information from movies and photos. I had heard from tourists,” he told ISNA.  “So I got interested in travelling to Iran to make videos of this country’s food culture. I believe the media is dividing and separating people across the world, so I want to do the opposite with these videos.” 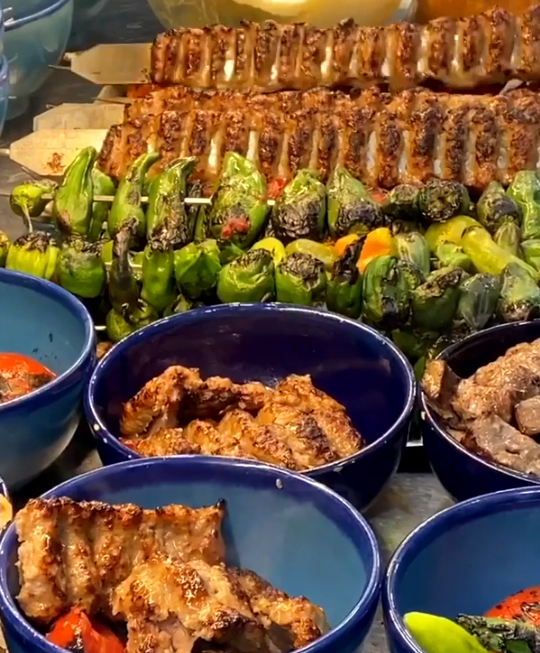 More than food, the Iranian people’s behaviour and their culture have attracted his attention.  Trevor says, I will never forget the hospitality of the Iranian people and it will certainly be the highlight of my videos on Iran.

“If anyone in the world tastes Tahchin, Koubideh Kebab, Damnoush [herbal tea], Albaloo polo [rice and sour cherries], or saffron, they will know what Iran is like. Iran means the smell of colourful and delicious foods that can be famous around the world. When I think of Iran’s colorful foods, I remember its culture, and its amazing nature. The taste of Iran is sweet like saffron.”

Trevor’s videos and photos of Kalleh Pacheh, a dish of boiled cow or sheep parts, have gone viral on social media.

This food influencer, who was accompanied by an Iranian food blogger on the trip, has not received money for the videos and photos and had not advertised for restaurants. Of course, his guide says that, in some places, they have paid for some special foods. However, in many places, people’s hospitality has kept them from paying money. 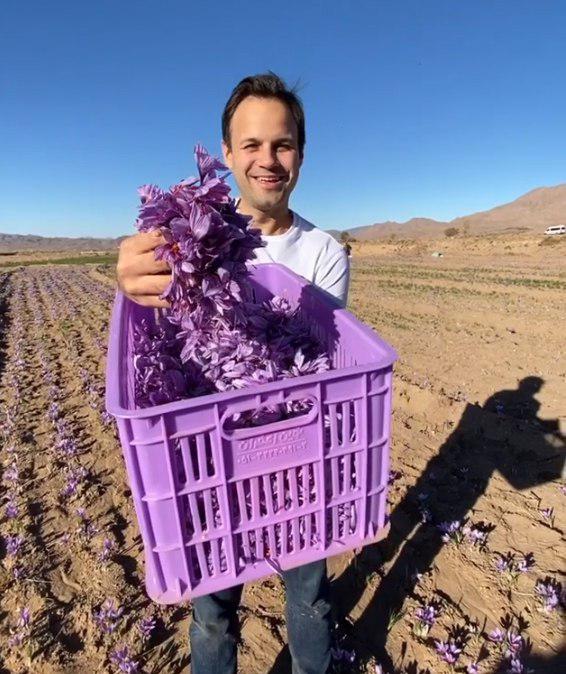 The focus of this Canadian influencer has been on local kitchens. He did not go to stylish restaurants, but instead spend time with a family in the north of Iran to have Ash Reshteh (vegetable, and beans soup). He has tasted Baluchi kebabs in Chabahar and tried hot beans and beetroots sold on street.

Trevor has become fascinated with baking bread in Iran and has produced a full video of a bakery believing that baking in the oven can be attractive to tourists.

He believes in the power of social media and cyberspace to change mindsets. He says “Negative propaganda about Iran is overwhelming and unfortunately tourists are affected by the news.”

He says the image that is engraved on his mind about Iran is the image of a smiling person. “What I can do as an active person on social media is to highlight this part of Iran more. Film and photography is the most expressive language in the world,” he maintained. 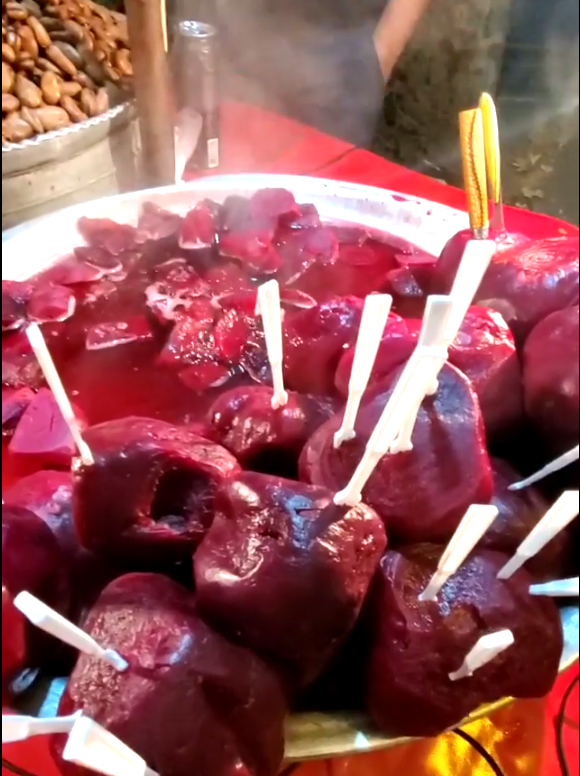 Trevor is unaware of the laws the US government has imposed to restrict travel to Iran. Although he may have trouble traveling to the United States, he says, “I usually travel without planning and I am used to such news. I traveled to Pakistan this way. I went to the border and asked for permission to enter. Now that I have come to Iran, I am sure I will proudly show my passport to everyone that I have visited Iran. I feel that the US wants to control everything, but I do not like this.

“I think Iran has one of the friendliest and most hospitable people in the world. I will never forget these. Any tourist can travel to Iran without worries,” he continued.