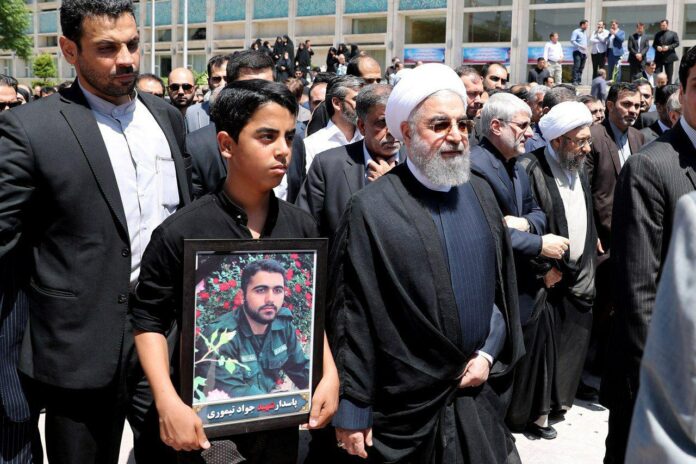 The Iranian President on Friday once again vehemently slammed the recent terrorist attacks in capital Tehran, saying such moves are aimed at taking revenge against democracy in Iran.

When the Iranian nation achieves a success, the ill-wishers seek to strike a blow to the country and nation, Rouhani said on the sidelines of a funeral ceremony held for the victims of Tehran terrorist attacks.

“The huge turnout in the country’s presidential and local elections astonished our ill-wishers, but made our friends happy all around the world”, Rouhani added.

The Iranian President referred to the Wednesday’s twin attacks in Tehran and said “these acts of terror are in fact a revenge on democracy”.

Rouhani added that “people will keep finding their own path to national goals, integrity, and unity, and the nation will certainly emerge victorious.”

Two terrorist raids launched on the mausoleum of the late Imam Khomeini, and the Iranian Parliament on Wednesday, claimed the lives 17 people and injured more than 45 others.