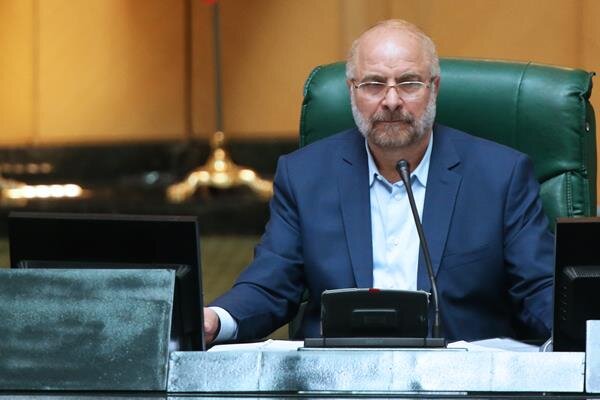 Speaker of the Iranian Parliament says the bill on “strategic action” for lifting of the sanctions which was ratified on Tuesday puts an end to Tehran’s one-way commitment to the 2015 nuclear deal, although it leaves the door open for the Westerners to honour the JCPOA.

In remarks after ratification of the strategic action for lifting of the sanctions and safeguarding national interests at the Parliament on Tuesday, Mohammad Baqer Qalibaf said the new measure has ended a one-way road in implementing the Joint Comprehensive Plan of Action.

The plan, however, includes an article that allows for renegotiation over the parliamentary bill by giving the Westerners an opportunity to fulfill their JCPOA commitments, he added.

“Over the past couple of years, we fulfilled one-way commitments under the JCPOA, but the Western parties did not honor their commitments… Today, the Parliament put an end to the one-way road with these measures,” Qalibaf noted.

Not only did the Western states fail to meet their JCPOA commitments, but also harmed Iran’s nuclear industry with acts of sabotage at the Natanz nuclear site and even refused to condemn the recent assassination of eminent Iranian scientist Mohsen Fakhrizadeh, the speaker deplored.

Expressing hope that the “decisive action” by the Parliament would lift the sanctions, Qalibaf assured the Western states that Iran will press on with the new plan as long as they refrain from honoring their commitments.

He finally noted that Article VII of the parliamentary bill allows for negotiation about a reversal of approaches in case the other JCPOA parties fulfill their undertakings.