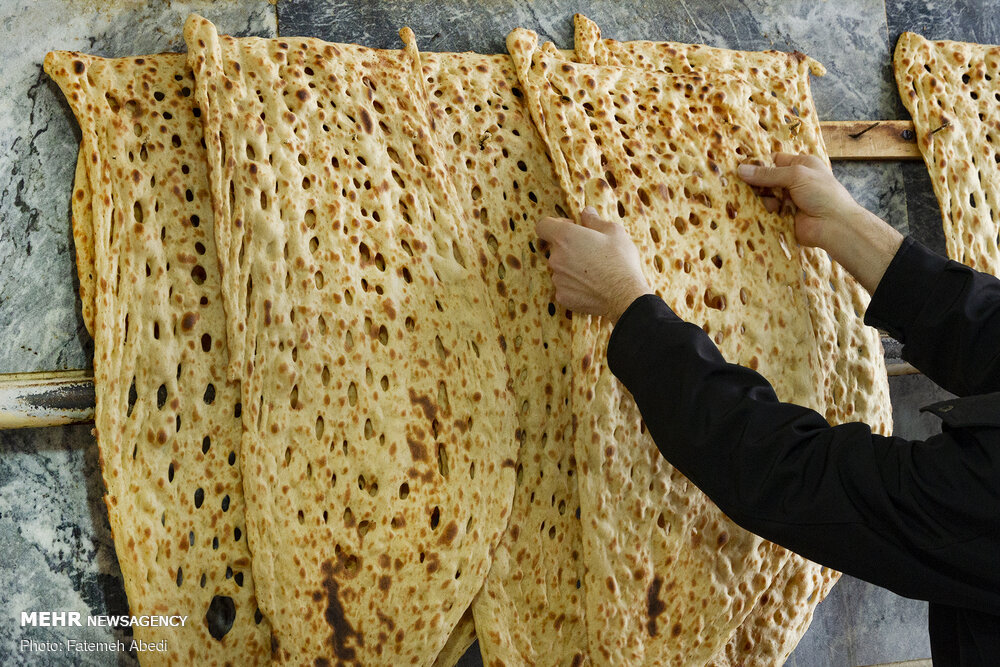 Sangak is a traditional type of bread which seems to be common only in Iran, hence can be called the country’ national bread.

“Honour the bread, as the Lord has sent it down from the heavenly blessings, and brought it out of the earth’s blessings,” said Prophet Muhammad (PBUH), the prophet of Muslims.

Sangak is Iran’s – and maybe the world’s – healthiest, most delicious and easiest to digest type of bread.

The bread contains the bran, which is made of fibre and slows down, even stops, absorption of sugar and fat. 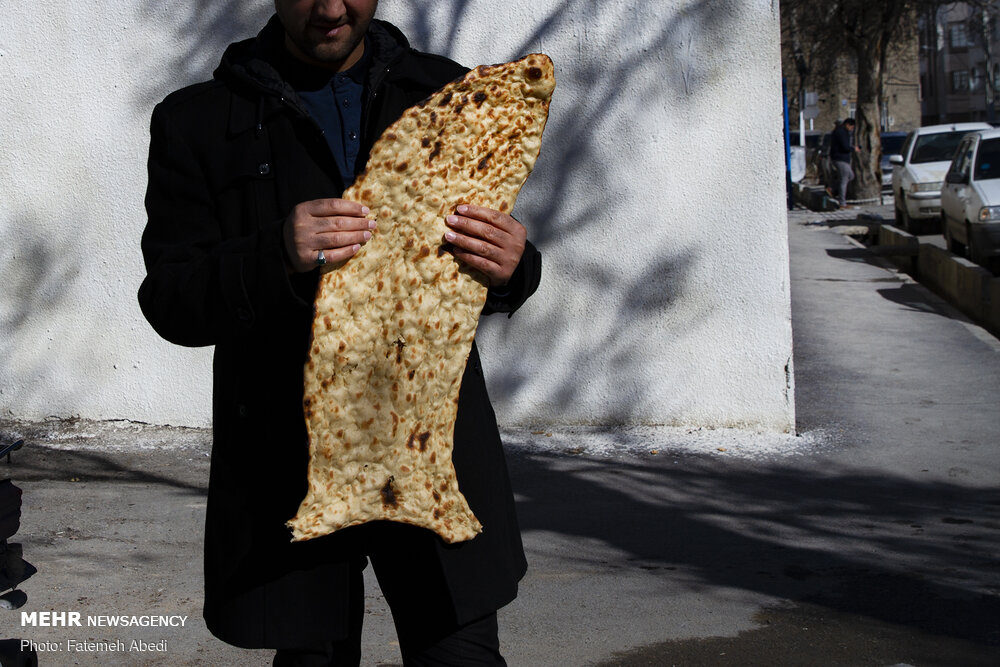 For this reason, patients with diabetes, high blood lipids, vascular diseases, gastrointestinal cancers and obesity are advised to replace the white bread with Sangak.

This bread is very good for children too, especially in the period when their nerve cells are growing. Also, the iron found in this whole-grain Iranian bread makes children smarter. 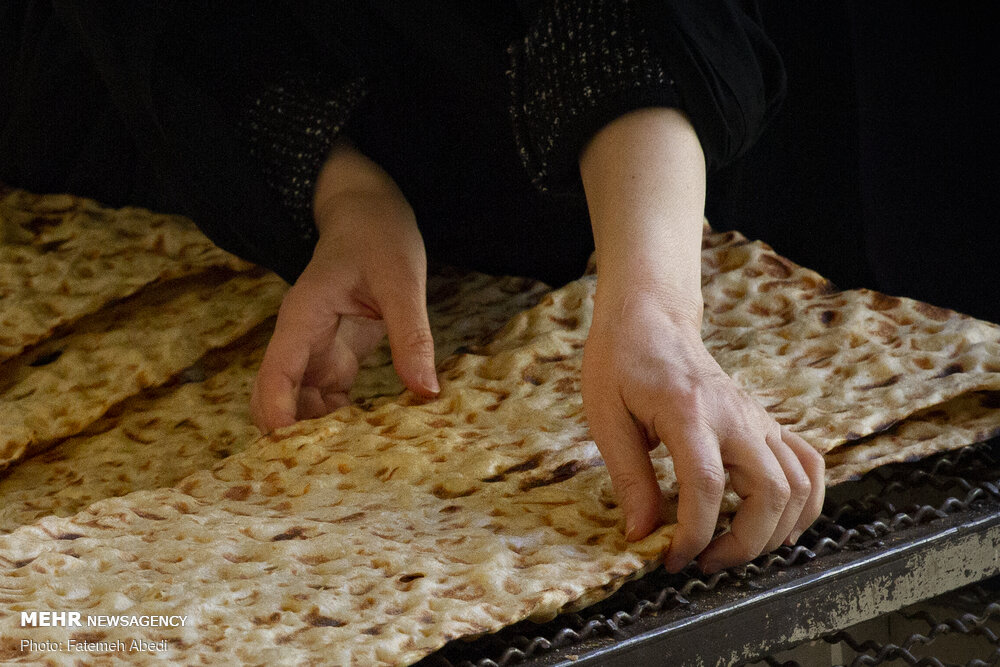 How to bake Sangak bread at home

The sour dough used for baking Sangak bread is made a day earlier. Generally, the longer the fermentation of the Sangak dough, the better the quality of the bread.

A well-baked the bread has a hard crust but is soft inside. It is very crispy, too.

To bake Persian Sangak bread, we need something called sour dough, which is a bit different from yeast in that we use a small amount of yeast to make sour dough. Sour dough needs to be prepared 24 hours before making Sangak’s dough.

It also needs to be put in the refrigerator or in a cool place. To make our sour dough, we use three to four grams of dough along with 150 grams of flour and 2 deciliters of water. 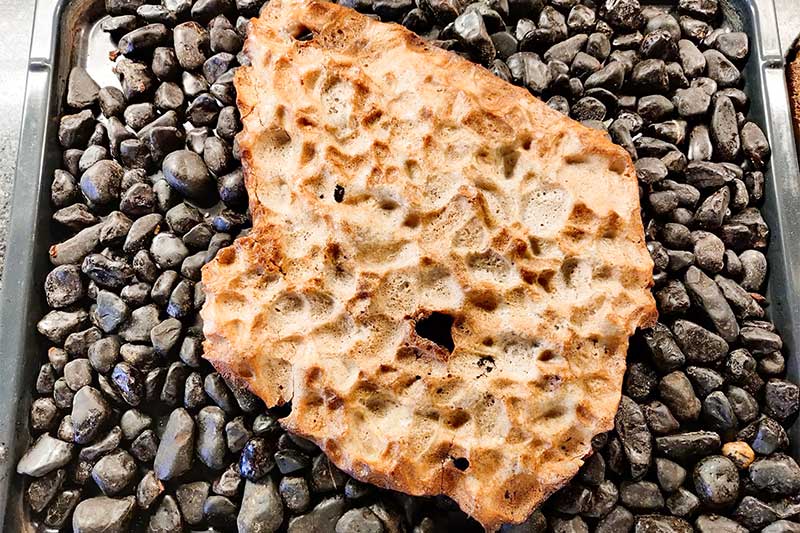 Pour some cleanly washed pebbles on the bottom of an oven tray and place it along with the pebbles in the oven at 180 degrees centigrade so that the pebbles get hot well. Then put a container full of water next to yourself and get the Sangak dough out of the fridge after it has rested.

You need to note that this dough is loose and you have to use water to spread it and make your hands wet. Then spread the dough on a flat surface which is soaked in water. 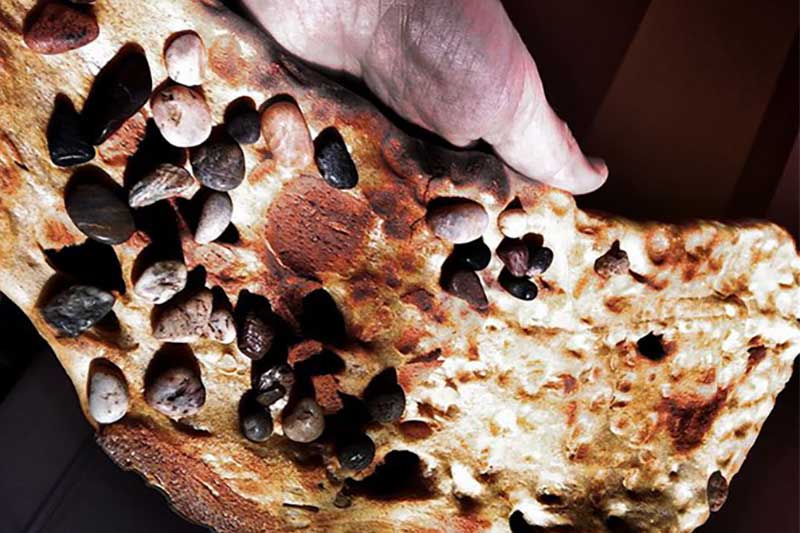 Now get the tray out of the oven. After the pebbles get very hot, rub some butter or liquid oil on them using a brush. This is aimed at preventing the dough from sticking to the pebbles.

Then spread the dough on the surface of the pebbles and pour some sesame on the dough.

Place the tray in the oven until the bread gets golden on one side and gets baked. Now get the tray out of the oven and turn the bread upside down so that the other side is well done and golden as well.

At the end, bring the nan sangak out of the oven and after it cools, remove the pebbles easily. 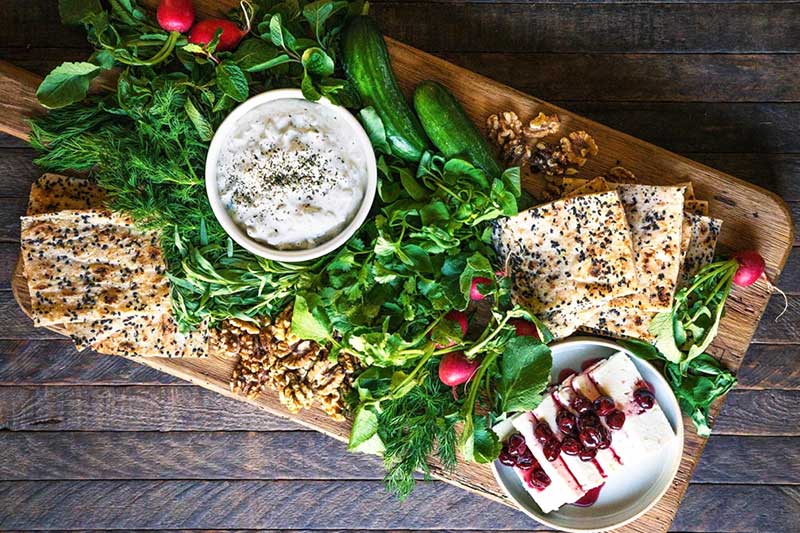 Do I need to only use sour dough to bake homemade Sangak?

Yes. In fact, Sangak differs from other breads in that they only use sour dough to bake it. 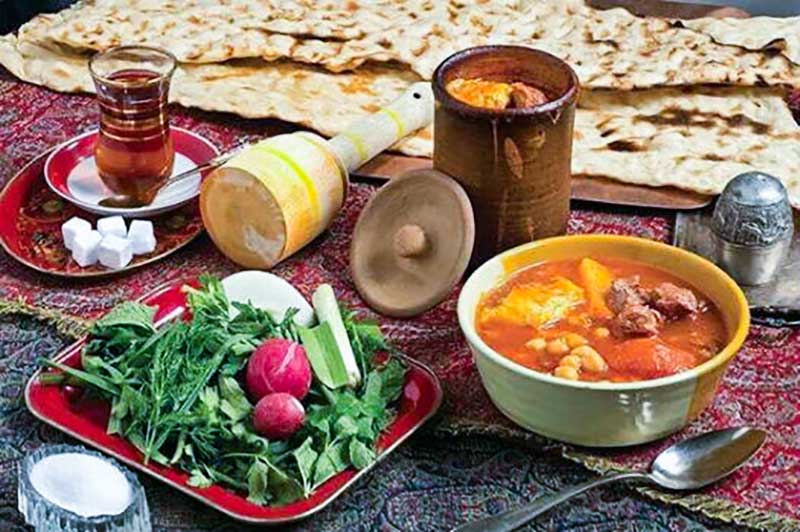 How about not spreading Noon Sangak on pebbles?

As its name suggests, Sangak (sang is the Persian word for pebble or stone) must exclusively be baked on hot pebbles. The reason why it’s called Sangak is that the bread is baked using pebbles.