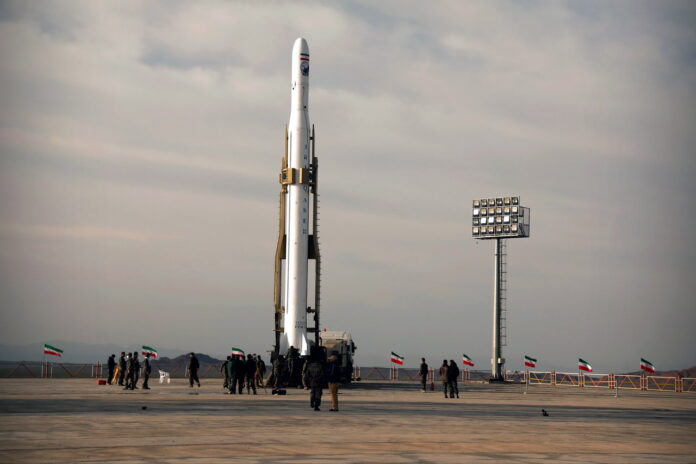 The Iranian president has praised the successful launch into orbit of the country’s first defence satellite as an invaluable national achievement.

In a phone call with Commander of Iran’s Islamic Revolution Guards Corps (IRGC), Hassan Rouhani asked the top general to convey his gratitude to the IRGC’s aerospace experts.

The president also thanked the IRGC as well as Basiji forces for their effective contribution to the campaign against the coronavirus outbreak, including their medical services and participation in the screening plan and providing medical equipment and personnel to help treat patients.

“Fortunately, good solidarity and unity has been created in the country in the fight against the coronavirus, and medical personnel have been able to tackle the disease effectively,’ said the president.

He said the unity and coordination of all personnel and manpower in fighting the coronavirus is the source of calm for people in these tough times, and added efforts should be made to incorporate success in his arena into other domains as well.

“Coordinated and tension-free concerted efforts by all forces who are working in tandem indicates the Establishment’s capability and efficiency in fighting a virus that has gripped world countries,” he said.

Elsewhere in his remarks, the president touched upon provocative moves by foreign forces in the region stressed the need to remain vigilant in the face of such moves.
The president said the country’s Armed Forces, especially the IRGC, have always sought to maintain stability and security and fight terrorism in the region.

During the phone conversation, general Salami, in turn, expressed his gratitude to the president for hailing the IRGC’s successful military satellite launch. He expressed hope this trend will continue to achieve more accomplishments in the country’s defense sector.

The top general also presented a report on the IRGC’s attempts in the fight against the coronavirus.

“From the outset, the IRGC mobilized all its potential to fight the coronavirus epidemic in the country, and will continue to stand by people and all sectors offering services to people until this disease is fully eliminated,” said General Salami.

He said the country needs unity more than ever, today.

“The IRGC is always fully prepared to counter the enemy’s excessive demands, fight terrorism and help ensure lasting security and stability in the region,” the IRGC commander noted.