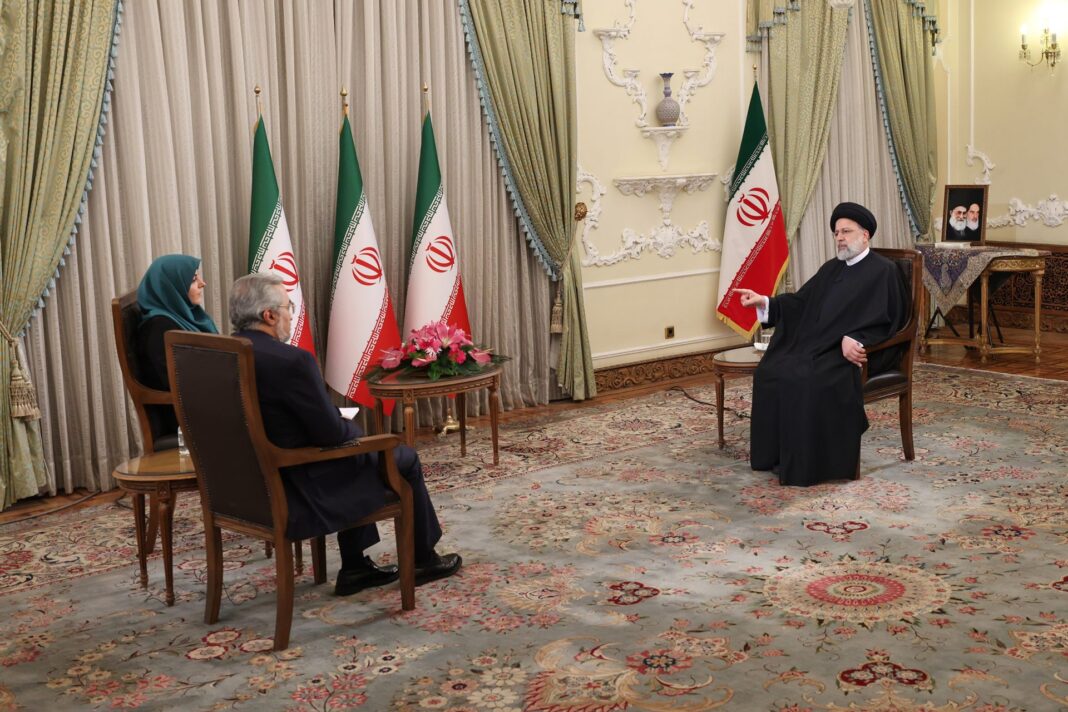 Iranian President Ebrahim Raisi says the Islamic Republic has not held direct talks with the United States in the Austrian capital Vienna despite repeated requests from Washington.

“This request is not a new one, they have been making such requests for a long time, many of the officials from other countries that meet with us have messages from the United States calling for direct talks, but so far we have not had direct negotiations,” the president said in a televised interview on Tuesday night.

Raisi added that if the other parties to the Iran nuclear deal agree to remove oppressive sanctions against the Iranian nation, a deal can emerge.

On Monday, Iranian Foreign Minister Hossein Amir Abdollahian dismissed  reports of direct talks between America and Iran but noted that if the parties get to a stage where reaching a good deal with strong guarantees necessitates direct talks with the U.S., Iran will consider it
Iran and the P4+1 group namely Russia, China, Britain, France and Germany have held eight rounds of talks over the past year.
Iran refuses to sit down directly with American diplomats, meaning negotiators from the P4+1 must shuttle between Iranian and American diplomats.
Iran insists that America must remove all sanctions imposed on Tehran after the U.S. unilateral withdrawal from the JCPOA in May 2018. It also says Washington must provide guarantees that it will not leave the deal again.