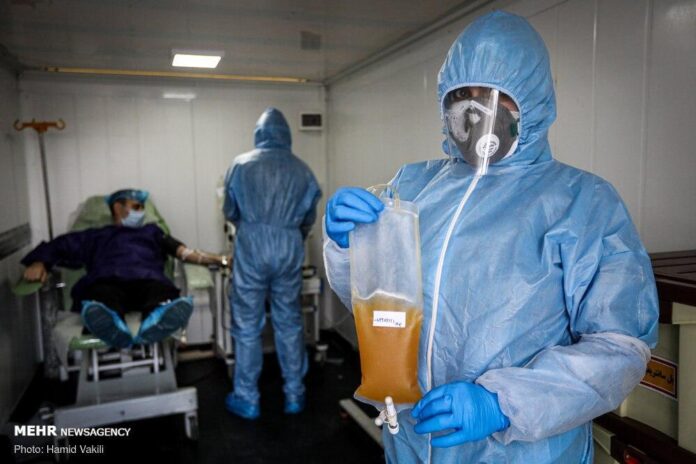 The head of the Iranian Children’s Blood and Plasma Association says the initial results of the plasma therapy of corona patients in Iran have been positive and promising.

Hassan Abolqasemi said the first step of research on plasma treatment of corona patients has been completed.

In the first stage, he noted, the plasma of the recovered patients was injected to 50 people who were either seriously ill or in critical condition. Although the final results of the study have not yet been announced, evaluations show the timing of plasma injection in COVID-19 patients is of great importance in improving their condition.

The group of patients, who received plasma during the first week of hospitalisation, recovered more rapidly and a significant number of them were discharged; but the recovery rate was lower among patients hospitalised for more than a week. So, one hypothesis is that if the plasma is injected in the early days of the disease, the chances of patients recovery will increase, he continued.

“In the next step, the patients were divided into two groups. The first group received plasma and the second group remained without plasma,” ISNA quoted the head of the Corona Plasma Treatment Research Team as saying.

“For example, a group of patients who were supposed to be transferred to the ICU and needed an artificial respiration device were saved by a plasma injection, and a significant number of them were discharged from the hospital.”

Abolqassemi explained the next step in the project is to produce corona antibody immunoglobulin from the plasma of the recovered.

He continued that researchers are working on a step-by-step plan to develop a plasma-based medicine for the treatment of corona if it is successful.

“With the cooperation of the Blood Transfusion Organisation of Iran and the financial support provided by the private sector and the Darman Darou Company, it is free to receive plasma, and patients do not have to worry about it. We have been active in this field for many years and Iran is one of the leaders in this type of treatment in the world.

Fortunately, using the experience of previous years, we put corona treatment with plasma on the agenda which showed promising results in the first steps. We hope in the next stages, it will be possible to expand this type of treatment in the country.”

From the early days of corona outbreak in Iran back in March, a group of Iranian researchers began working on the treatment of the disease with plasma. After Iran, a number of other countries started working on this type of treatment, and according to the US Food and Drug Administration, plasma treatment has begun in this country as well.