Iran 1st Country to Use Plasma Therapy for COVID-19 Treatment 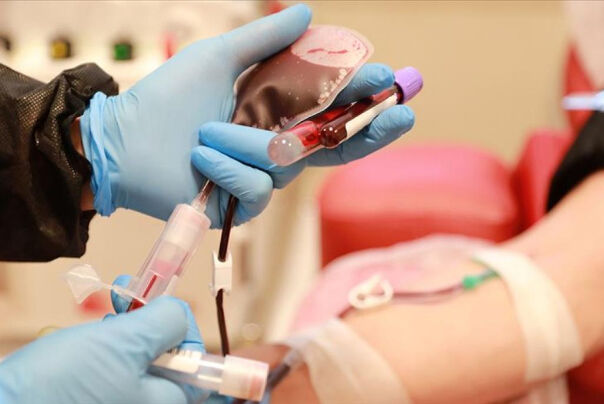 Iran has implemented a plasma therapy project to treat patients infected with COVID-19, making it the first country to have used this method for coronavirus treatment.

An official in charge said tests using plasma therapy have been carried out on some 200 patients, with dozens having recovered.

“With research work drawing to a close, this method is likely to be used on a larger scale as of next weeks to treat patients infected COVID-19,” said Nasser Riahi, a member of the Presiding Board of the Tehran Chamber of Commerce.

“Before the project got off the ground, we received permits from the Ethics Committee of the Ministry of Health and Medical Education, the Blood Transfusion Organization and the Supreme Blood Transfusion Council; all of those permits were for research projects,” he said.

“Of course, since day one, it was almost clear that injecting the plasma of recovered patients into infected people would be a useful method, which had already been used for patients suffering from diseases such as SARS and Ebola as the only method of rapid treatment,” the official added.

“Our mentality was that the injection of plasma would not harm patients, and that this method had always been used to increase the volume of blood,” he added.

Riahi then touched upon the long history of using plasma for treating different diseases.
“We proposed a research project to answer several key questions; for example, what effect this type of treatment would have on patients in bad condition or on those whose disease had just started, and which group would benefit most, or what effect the treatment would have on controlling fever, shortness of breath and other clinical symptoms of patients,” he added.

Riahi noted that three international hematologists are running the project.

“These experts immediately formed a group comprising dozens of researchers, general practitioners, clinical doctors and therapists, as well as al large number of nurses, lab sciences experts and companies working in the field of plasma,” he added.

“In later stages, contacts were made with international organizations, and, at the end, protocols were drawn up on receiving plasma and the method of clinical treatment.

Accordingly, it was decided that 200 patients be treated using the plasma of recovered people, and that after results are achieved they be published as articles in international journals, so that other countries gripped by the disease will be able to benefit from it, too,” he said.

He said tests have been completed on 200 patients.

“Of course, the detailed results of the research will be released in the coming days by researchers, and another good piece of news is that initial analyses of [data pertaining to] dozens of patients under treatment show they have recovered with this method,” he said.

“The recovery of some of these patients who were in bad condition is like an all-out miracle, and others who were not in very bad condition have recovered, too,” Riahi noted.

“So, it is not that this treatment method can cover all patients, but it will definitely will be announced what patients take priority,” he said.

According to Riahi, a great number of personnel contributed to the project, which came with a very large price tag, too. He said firms from the private sector contributed heavily, too.

Riahi explained that the clinical team which has developed the treatment method is seeking to share their experiences with Europe and other countries.

“After we became sure that our method is right, contacts have been made with countries which are in possession of this knowhow such as Germany, Italy and France in Europe to share information and experiences with them. They are getting prepared to work on this method, too,” he said.

“Moreover, some European countries lack the infrastructure to collect plasma. Therefore, they were informed through the foreign ministry and ambassadors that we can share with them our experiences and protocols. In addition, it is possible to create the required infrastructure through calls for voluntary workforce in these countries and finally deliver it to their doctors,” he said.

Riahi says Iran’s private sector has not even charged these countries for sending personnel and “this is a gift from our country for friendly nations.”

“In the past weeks, some medical sciences universities received permits to conduct research on plasma therapy, which will distribute staff members across the nation. So, we will ask them to join us, and get involved in the implementation and treatment process instead of spending time and money on research,” he said.

Iran Developed Plasma Therapy Before US

Riahi criticized the fact that the implementation of this treatment method has not been warmly welcomed by public opinion, and it looks like the issue has be eclipsed by certain medicines recommended by doctors.

He said some media outlets are reporting that this treatment method for coronavirus treatment has emerged in the West after the US began doing research in that domain.

“However, I should say that this miracle has emerged in the East and in Iran,” he added.

“The plasma therapy protocol in Iran was ready on February 24, 2020, but the United States’ Food and Drug Administration (FDA) published the protocols for this treatment method just two weeks ago; the US protocols had very slight and negligible differences with the protocol drawn up by our experts,” he said.

“The United States has just recently taken the first plasma samples while, in Iran, the process of injecting plasma to 200 patients has come to an end,” he said.

Riahi underscored that Iran is definitely the first country to have used plasma therapy to treat patients infected with COVID-19.

“Before Iran, only China was doing work in this field, and its activities have been incomplete and without consistent research and it has not offered any reports either,” he said.