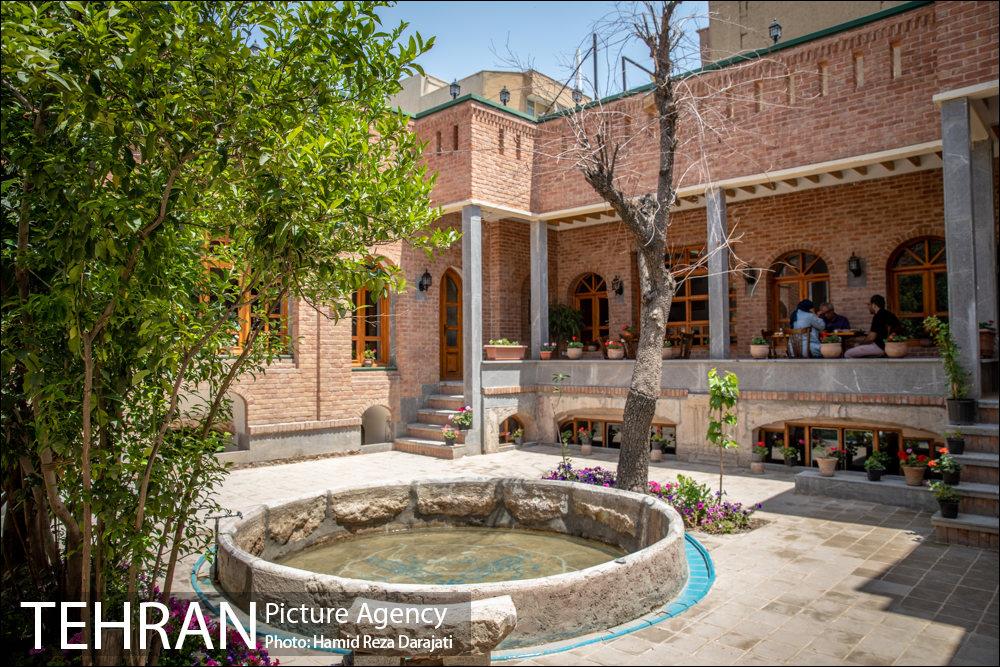 This is “Ordibehesht House”, a magnificent memento from Zand dynasty’s era, which housed Mirza Mohammad Nazer and his family during the rule of Nasereddin Shah from Qajar dynasty.

After the house’s last residents left it some 20 years ago, the building gradually fell into ruins and turned into a shelter for the homeless. But, after strong campaigning, repair work started at the site last year.

During the repair work on the valuable structure, a wrong strike by a pick-axe created a hole and revealed an empty space behind.

The repair team followed the hole into a corridor and it ultimately led them to the discovery of a bathroom, ornamented with tiles, and pictures, created by the traditional sarooj mortar, that dated back to the Zandieh dynasty’s era.

Now, after 18 months of continuous work, this established house has turned into a “cultural centre” in the Oudlajan neighbourhood of Tehran, thanks to the efforts of Iranian architect Behrouz Marbaghi.

Oudlajan is one of the old neighbourhoods of the city of Tehran. It mainly consists of the three neighbourhoods of Emamzadeh Yahya, Pamenar and Nasser Khosrow, which make Oudlajan a rich historical neighbourhood, due to the numerous historic structures it hosts. The Old Oudlajan had 2619 houses and 1146 shops, and as such was the largest neighbourhood in the city, where the wealthy lived.