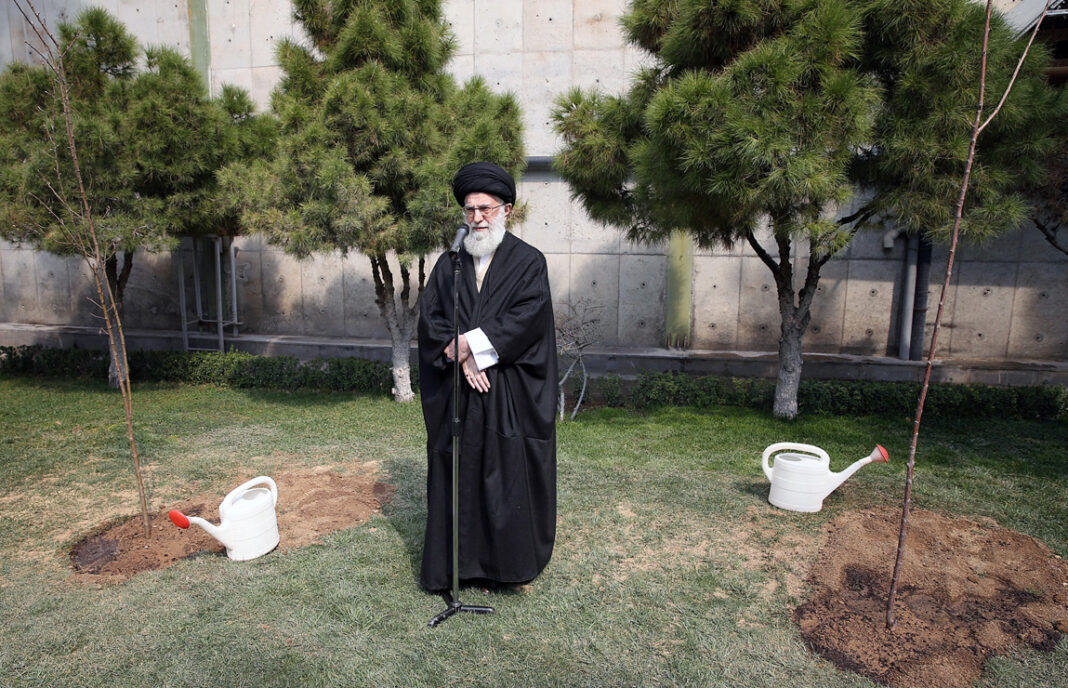 Ayatollah Seyyed Ali Khamenei, the Leader of Iran’s Islamic Revolution, highlighted the great quality of Iranian fruits and called on officials to stop importing fruits unless in very necessary cases. 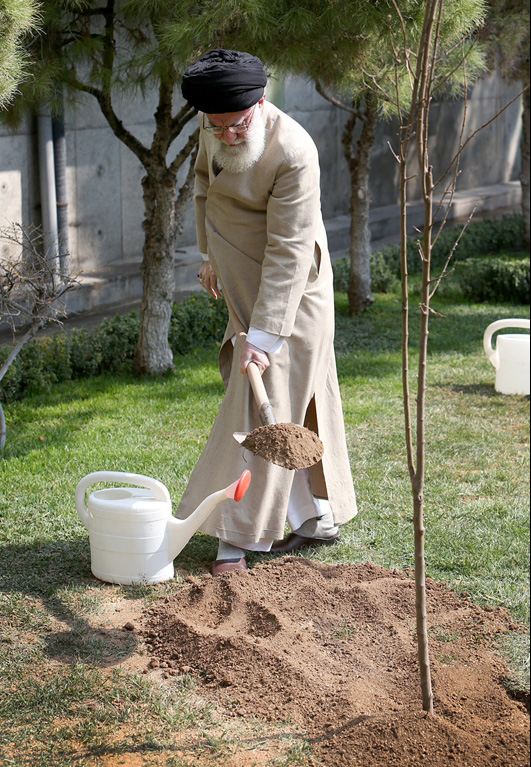 Every year in March, Ayatollah Khamenei plants saplings as a symbolic gesture of respect for the Mother Nature, and highlights the need for collective efforts to safeguard the environment.

After planting a couple of seedlings on Wednesday to mark the Week of Natural Resources, the Leader praised the quality of Iranian fruits and criticized the “wrong move” to import fruits from other countries.

Ayatollah Khamenei called on the government to avoid importing fruits unless in very necessary cases, according to a Farsi report by the Leader’s official website.

The Leader then pointed to the country’s areas rich in green vegetation, including diverse medicinal plants or the thick forests in northern Iran, and bemoaned the fact that some smugglers are exploiting the country’s woodlands and natural resources without regarding the national interests.

“Those forests must be protected from exploitation,” Ayatollah Khamenei underscored, as reported by Tasnim.

The Leader then warned against the consequences of destruction of vegetation, such as dust and particle pollution, air pollution, and unhealthy air in the cities, stressing that protection of plants in Iran is of greater significance given the country’s climate and large desert areas.

Ayatollah Khamenei described the country’s forests, rangelands and croplands as “great national assets”, calling for action against the people damaging the environment for personal benefits.

“The officials in charge of the forests, rangelands and farmlands must attach great significance to their job and strive to protect such great national asset,” Ayatollah Khamenei said on Wednesday, after planting two fruit saplings to mark the national Week of Natural Resources.