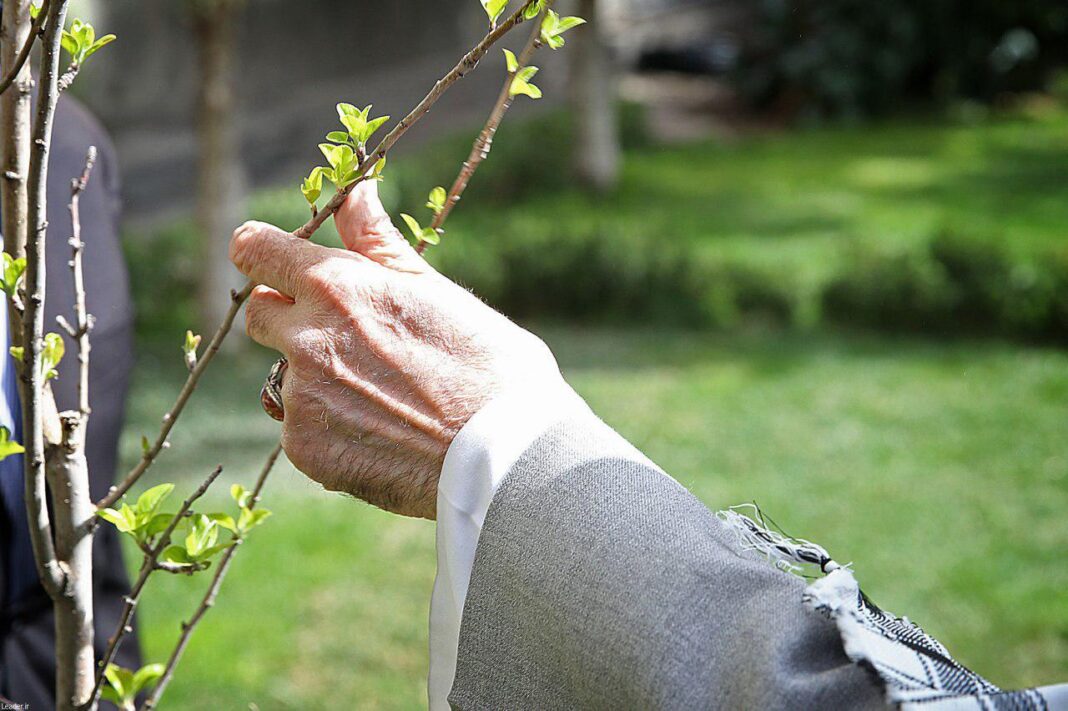 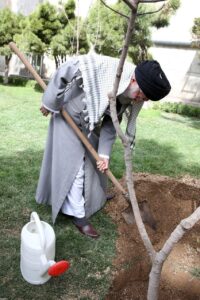 In a move to mark the National Week of Natural Resources and Arbour Day, Ayatollah Khamenei planted two fruit saplings on Tuesday morning. After planting the saplings, the Leader called the tree planting tradition in Iran an auspicious event.

During the ceremony Ayatollah Khamenei called on the country’s officials to prevent the loss of trees in the cities.

“There are gardens in capital Tehran that must be prevented from being plundered because this strikes a severe blow to [human] life and urban comfort,” underlined the Leader.

He further mentioned that the implementation of this policy can be one of the factors preventing the floods and dust.

Meanwhile, President Rouhani also planted a sapling, calling on all Iranians to participate in planting trees.

In a ceremony to mark the day, he said the move is very important for natural and social health of the society.

“Today, we need a healthy environment for the society’s health, and it largely depends on the planting of saplings and preservation of forests,” added Rouhani.

He further noted that “unfortunately, millions of metres of forests have been destroyed in the previous years.”

Rouhani also called on people to protect the environment during Nowruz holidays, especially on their trips.

In this ceremony, a 1200-hectre green belt around Tehran was officially launched. 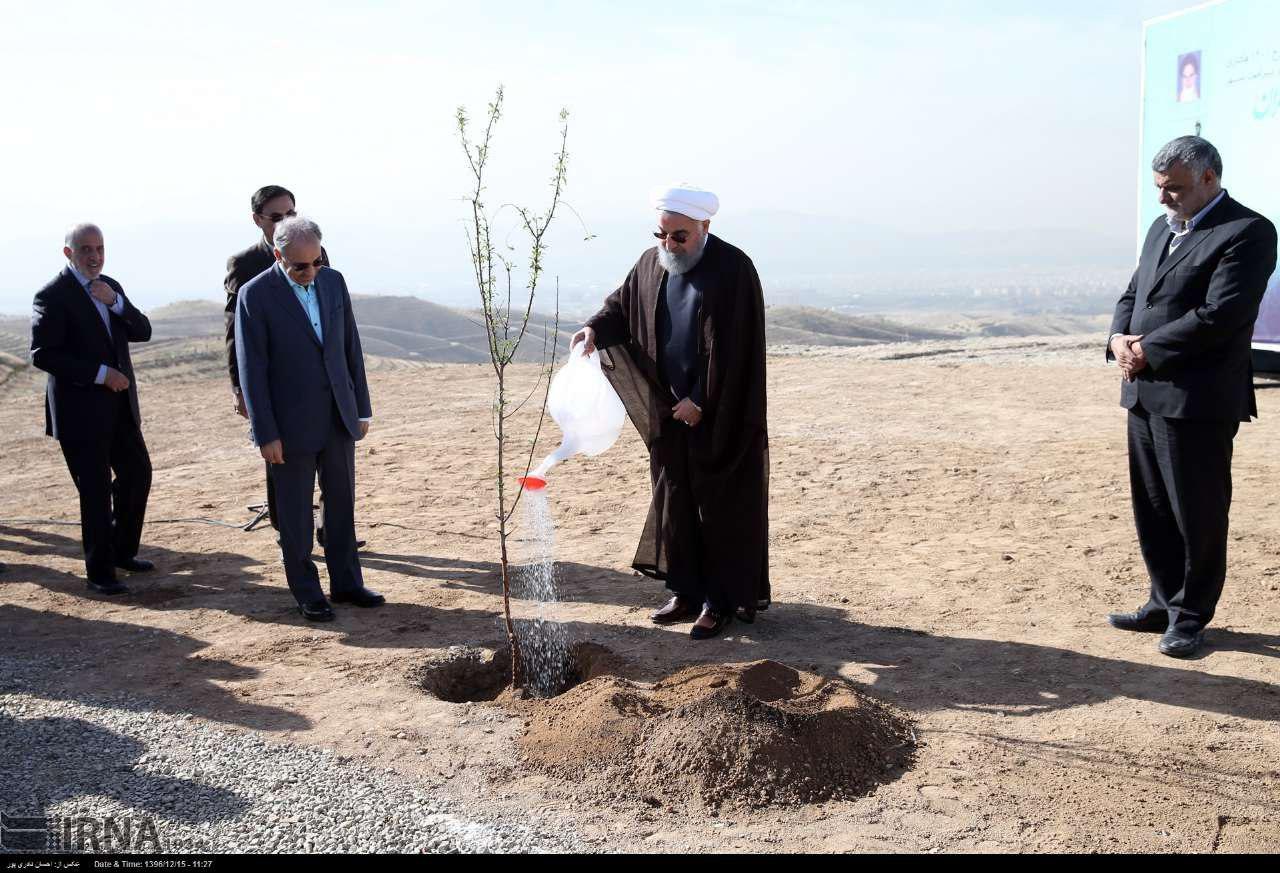