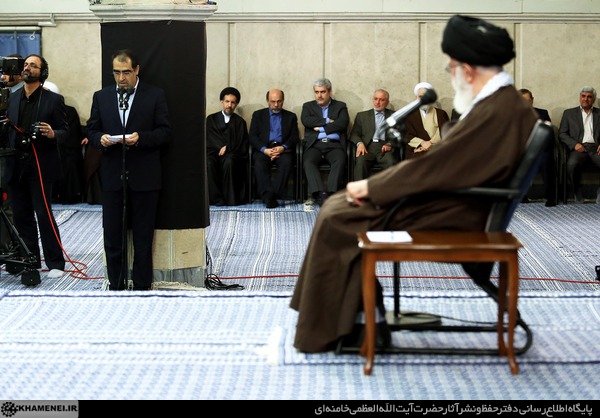 Iran’s Minister of Health has recently briefed the Leader of the Islamic Revolution on the latest situation of social harms in Iran, describing it as painful yet treatable.

According to a report by IRNA, as translated by IFP, Health Minister Hassan Qazizadeh Hashemi posted a message on his Telegram channel, giving details about a meeting with Iran’s Leader Ayatollah Seyyed Ali Khamenei.

He said, “Ayatollah Khamenei and some of the government officials who have responsibilities in the field of social harms were present in the meeting [on social harms].”

“I delivered a report on the activities of my colleagues in the field of healthcare on the outskirts and the results of studies on divorce, addiction and mental health,” he added.

Qazizadeh Hashemi quoted two points from Ayatollah Khamenei’s speech, “First, instead of reporting, we have to see tangible results of government’s measures through changes in indexes and mitigation of problems and second, anyone who loves Iran or even has an awakened conscience must endeavour to curb social harms.”

“I am honoured to announce that Ayatollah Khamenei said in the meeting that if there is any governmental body active on the outskirts, it is the Ministry of Health and Medical Education,” Qazizadeh Hashemi stressed.

After he finished giving his report, Qazizadeh Hashemi pointed to two concerns regarding the social harms and mental health. He referred to poverty as the root cause of social harms and said, “As part of my responsibility, I have to devise plans for prevention as well as treatment.”

He stressed that medical expenses push many people from lower classes of the society into poverty. “Health Sector Evolution Plan [also known as RouhaniCare] which is the key to deal with this problem unfortunately lacks enough support,” he said.

Health Minister referred to deliberate misuse of the culture of openness and transparency as the second concern and said, “Unfortunately some individuals work so actively in this area that anti-Iran media outlets don’t need to produce programs against the Islamic Revolution of Iran anymore.”