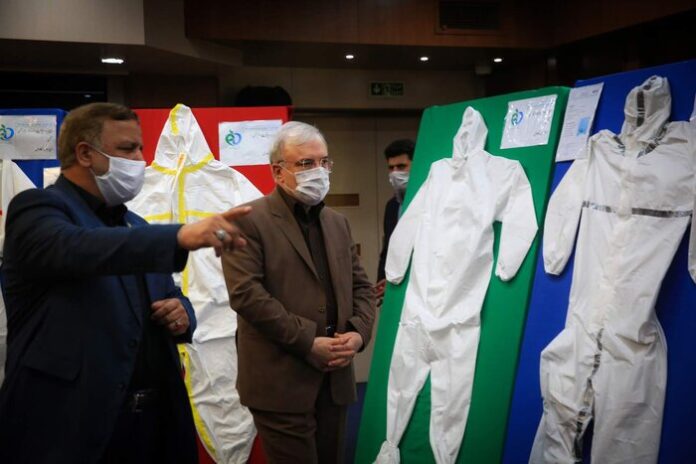 Iran has unveiled what it calls its “most advanced” protective suit for the medical personnel fighting against the novel coronavirus.

Seven types of the medical clothing have been produced in a short period of time using domestically-made fabrics, the government’s official website reported Saturday.

“The latest and most advanced example is made of a type of domestic fabric which is particle-resistant, but the breath of the staff can be transmitted outside easily,” the report said.

During a ceremony held at the health ministry, Deputy Health Minister Mohammad Reza Shanesaz said in the first days of the corona outbreak in the country, the government faced many problems in providing personal items and protective equipment to the medical staff.

“For medical clothing and its fabrics, we were completely dependent on foreign countries. Of course, two to five thousand protective clothing were produced every day using imported fabrics, but the need reached 100,000 per day,” he noted.

However, he added, in less than two months, the country’s need to protective suits was met with much cheaper products in comparison with foreign ones, and now Iran can export these products.