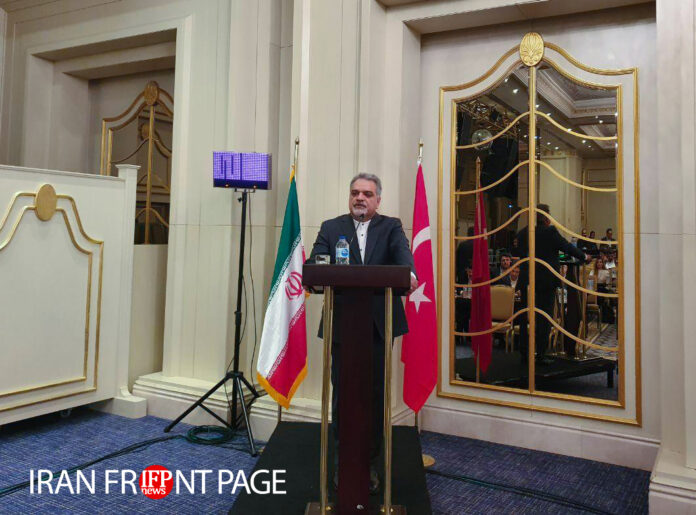 Iran’s ambassador to Turkey and a top official at the Vice-Presidency for Science and Technology have voiced readiness to contribute to the promotion of ties between the Iranian and Turkish knowledge-based companies and to enhance professional interaction between the two sides.

In an address to a technology meeting between Iranian and Turkish high-tech companies, held in Istanbul on Wednesday, Iran’s Ambassador to Ankara Mohammad Farazmand lauded Iran-Turkey Joint Commission on economic cooperation as one of the most active of its kind in the region and even in the world.

The most recent meeting of Iran-Turkey Joint Commission, held in Ankara in September 2019, has opened the door to mutual cooperation in a new field, which is the medical and pharmaceutical sectors, the envoy added.

Farazmand also noted that during the next session of the Joint Commission, due to take place in Tehran, a new committee on scientific and technological cooperation will be added to the commission.

Pointing to the fruitful meetings that Iranian Vice-President for Science and Technology Sorena Sattari has held in Ankara on Tuesday, the ambassador said the Iranian and Turkish authorities have expressed their determination to meet the $30-billion annual trade target, although the export of Iranian oil to Turkey was excluded from the bilateral trade in 2019.

The Turkish officials, most notably President Recep Tayyip Erdogan, have repeatedly made it clear that Turkey is not involved in the “cruel and illegal” sanctions that the US has imposed on Iran and that Ankara is losing benefits because of the US sanctions, Farazmand added.

“We are delighted to have very friendly relations with a neighbor that supports the interests of itself, the regional countries and the friendly and Muslim countries at such level,” the ambassador noted, saying Iran and Turkey share interests in many organizations and multilateral conferences, such as the Islamic Conference.

“Today, we are witnessing the formation and launch of cooperation that, God willing, could not be obstructed by the enemies, because science and technology is not something that would be easily restricted,” the Iranian ambassador stated.

In a separate speech to the gathering, Chairman of the International Interaction Centre of the Iranian Vice-Presidency for Science and Technology Mahdi Qalenoei expressed gratitude to the Iranian Embassy in Ankara and the country’s Consulate in Istanbul for helping to hold the business meeting between the Iranian and Turkish high-tech companies, and lauded the Iranian knowledge-based companies for taking part in the event.

He said the participants in the meeting include representatives of 23 companies engaged in the electronics and Information Technology (IT), 15 firms from the health sector, 12 enterprises producing machinery and equipment, and 10 companies working on advanced materials.

Qalenoei also noted that a new sector has been created in the course of interaction between the two countries, namely the financial funds tasked with facilitating the business cooperation between the companies of Iran and Turkey.

“Moreover, three representatives of the financial funds are also present (at the event). We have around 1,200 knowledge-based companies in the health sector, 15 of which are representing the others, and have come here. Our companies attending the meeting are engaged in the fields of medical equipment, stem cells technology, nanotechnology, and herbal medicine,” he added.

Qalenoei further proposed the idea of holding expert B2B meetings between the Iranian and Turkish companies, saying the businesses in the health sector can visit Iran and attend an expert forum.

There are approximately 900 knowledge-based enterprises working on the electronics and communication in Iran, he noted, saying they are represented by 23 companies in the ongoing event in Istanbul which cover a range of activities such as the software and hardware industries, the Internet of Things (IoT), artificial intelligence (AI), media sector, remote sensing, and telecommunication hardware.

The official also noted that Iran has some 1,500 knowledge-based companies in the field of industrial and laboratory equipment and 300 companies working on advanced materials.

Qalenoei further said that three financial funds have taken part in the event, the largest of which is the Innovation and Development Fund of Iran. He expressed hope that those funds could finance the production activities of the Iranian companies, facilitate their trade interaction, and promote their cooperation with the other knowledge-based companies.

He also pledged that the Iranian Vice-Presidency for Science and Technology will also provide support for the knowledge-based companies and enable them to face the risks associated with the trade processes.

The presidential official finally expressed Tehran’s readiness to host Turkish delegations in the expert meetings and the various exhibitions due to be held in Iran in the comings months. 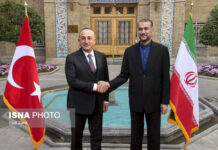 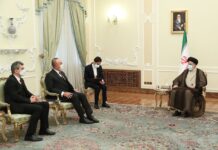