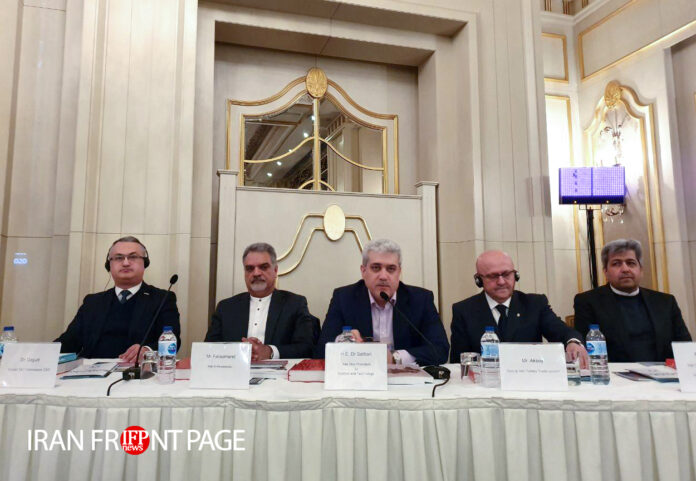 Iranian Vice-President for Science and Technology Sorena Sattari has highlighted the ideal opportunities for the promotion of economic and business ties with Turkey considering the Islamic Republic’s resolve to boost the export of technologies to the neighbouring states.

In comments on the sidelines of a technology meeting between Iranian and Turkish high-tech companies, held in Istanbul, Sattari expressed delight at the trip to Turkey following the “good news” of Iran’s agreements with foreign companies after a fruitful visit to China.

The vice president said he has been accompanied by the representatives of 80 Iranian companies in the trip to Istanbul, saying the necessary arrangements have been made beforehand to enable the Iranian enterprises to find and hold meetings with their Turkish peers.

He also noted that every Iranian company in the ongoing trip to Istanbul has been holding face to face and B2B meetings with three or four Turkish companies.

“Good agreements are being made,” Sattari added, noting that Iran is determined to boost the export of technologies.

The Iranian technologies are indigenized and are perfectly appropriate for the people of the region and the neighbouring countries, the vice president explained, saying Iran has now the largest companies across the region in the sphere of technology.

A large number of Iranian enterprises are engaged in new technologies such as the biotechnology, nanotechnology, information and communications technology (ICT), aerospace technology, medical sector, stem cells, as well as the medical and laboratory equipment, he added.

Sattari also hailed the new generation of entrepreneurs promoting the knowledge-based economic strategies as the “new ambassadors” of Iran, saying the country needs to boost the export of technologies.

The Iranian vice president also said he has held perfect meetings with the Turkish officials on Tuesday, including Turkey’s vice president, minister of Industry and Technology, and head of Scientific and Technological Research Council of Turkey (TUBITAK).

“All of them (Turkish authorities) emphasized their willingness to expand relations with Iran,” Sattari added.

He finally expressed hope that the economic relations between Tehran and Ankara would grow like their close political ties and that the two neighbours could stand against the foreign sanctions.