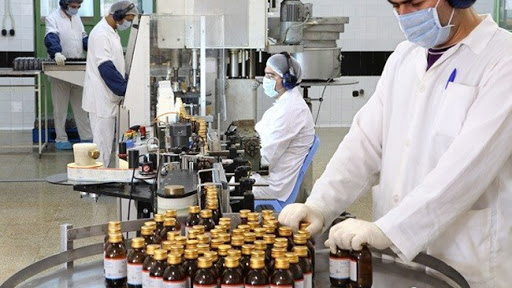 Iran’s health minister says the country has been able to save about 700 million Euros by making pharmaceutical products inside the country.

Saeid Namaki said on Sunday the huge amount of money was saved as the ministry could reduce by 25% the number of imported pharma-products using similar domestic samples, and improve the domestic production by 30% by relying on local scientists.

“Last year, however, we had severe spring floods, a blood pressure screening plan and the identification of 2.7 million new blood pressure patients in need of medication. We also faced H1N1 flu, and the coronavirus hit the country in winter. Accordingly, our estimate was that the need for foreign exchange to import drugs would increase by 50 percent, but we spent 20 percent less than the previous year,” Namaki said.

Speaking at an inauguration ceremony to launch the first phase of the first drug production town in the Middle East, he stated the share of the health system from GDP is limited, and if that share is to increase, the country has to use the budget of other departments. Therefore, the measures taken were a great achievement for the country’s pharmaceutical industry.

He further added that the inauguration of the drug production town and the full production line of Acetaminophen in Iran is a great honour.

“It is a pleasure while combatting against COVID-19, we are running the country’s first and largest pharmaceutical raw material factory which is perhaps one of the largest in the region.”

Iran’s health minister also underlined that in the near future, the Islamic Republic will turn into one of the largest exporters of pharmaceutical raw materials in the region.

“There is no doubt that the year of production leap will be recorded as a memorable year in the history of the country’s pharmaceutical industry.” There are many scientists, experts, chemists and pharmacists in Iran that one cannot find in many parts of the world, added Namaki.

The minister of health concluded that this year, Iran will open 44 new hospitals with about 8,000 beds that are all made using domestic devices.

“We will show it to the world that we have both contained the coronavirus and improved our production to be considered a main exporter in the region,” reiterated Namaki.