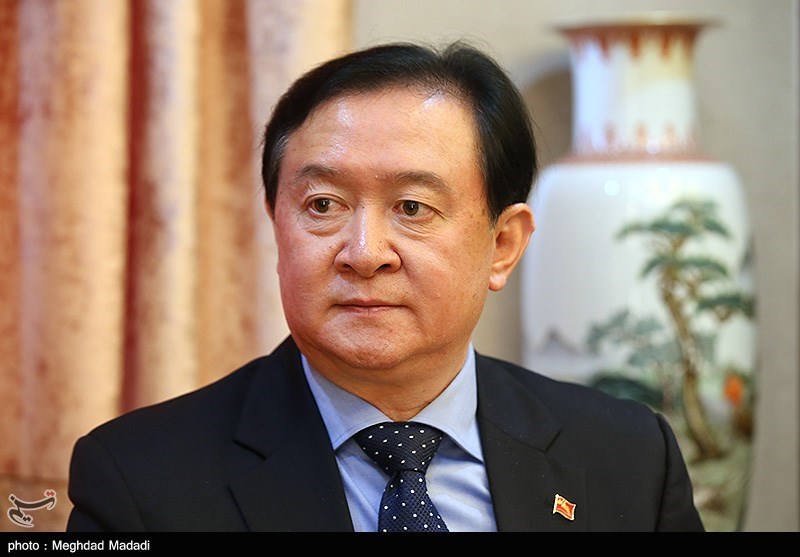 China's Ambassador to Iran Chang Hua has called on the Islamic Republic not to place unnecessary restrictions on the Chinese passengers and avoid going over the limits set by the World Health Organization in the wake of outbreak of a novel coronavirus.

In an interview with Tasnim on Sunday, Chang said the advisories issued by the World Health Organization have not put any restrictions on the travels to China and have not advised excessive caution while travelling to China either.

The ambassador said he understood the Iranian officials’ concerns about the outbreak of coronavirus, but requested that Iran heed only the advisories issued by the WHO and avoid taking unnecessary measures in dealing with the Chinese travelers.

He also described the novel coronavirus as a global challenge, the fight against which requires collective cooperation from the international community.

The plenipotentiary ambassador also highlighted the Chinese government’s serious, urgent and scientific measures to contain the coronavirus, saying the Chinese president is directly overseeing a countrywide system to control and prevent the spread of the respiratory virus.

China has the necessary economic power and experience to fight the disease, Chang emphasized, saying he has also held meetings with the Iranian Minister of Health to coordinate cooperation between Beijing and Tehran.

China is currently at a key stage in the fight against the new coronavirus, the envoy noted, pointing to the progress his country has made in this course.

As of Sunday, at least 304 people in China have died from the virus, which has infected more than 14,500 worldwide, mostly in China.

Many countries have rushed to evacuate their citizens from the Chinese city of Wuhan, the epicenter of outbreak of the virus, while many have also imposed extraordinary travel restrictions and airlines have suspended flights to and from China.