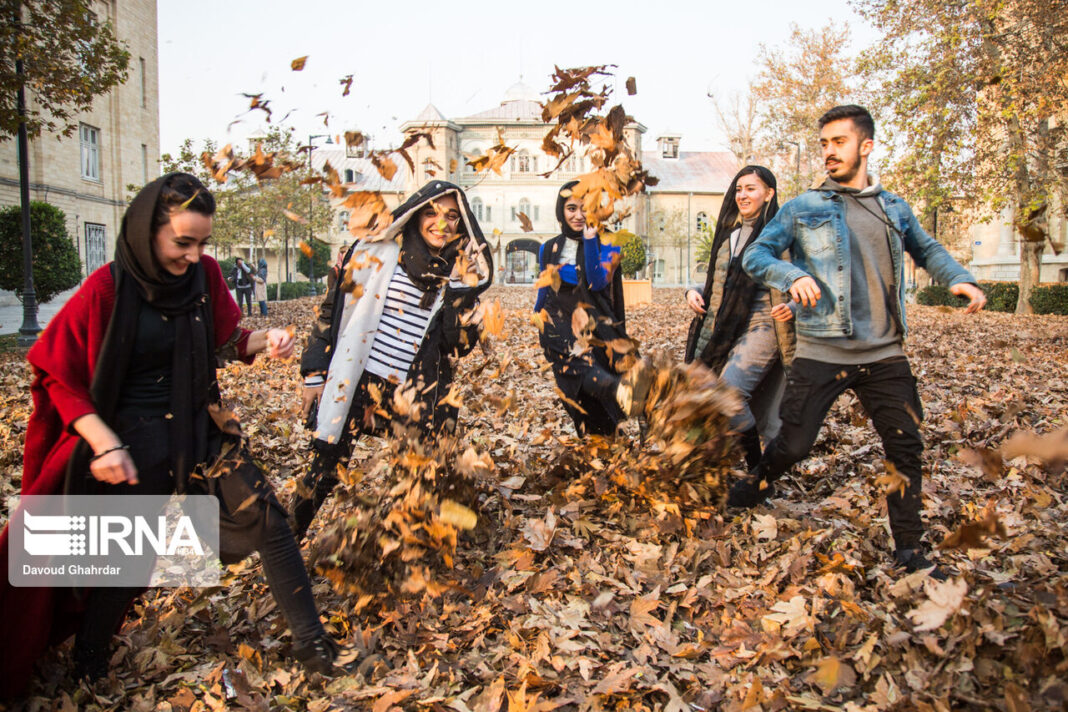 An autumn festival is being held during the season’s last days in Tehran’s National Garden, a historical area dating back to Qajar era.

The “Autumn-Leave” Festival is being held in collaboration with Tehran University of Arts’ Association of Graduates, Municipality of District 12 and the Tehran Beautification Organization.

The artists designed their works from December 14 to 16 in Tehran National Garden, a square in the historical district of Iranian capital.

Constructed under the reign of Fath Ali Shah Qajar, the National Garden is located between Imam Khomeini and Si-e-Tir streets. The square -“Meydan-e-Mashq”- has indeed been a military area used for battlefield training during Qajar era.

In his report, a foreign traveller named “Jackson” has described the rectangular area as one of the largest military squares in Tehran with about 400 metres in length and width.

A plan was later formulated and carried out to build Tehran’s first public garden on the old military square’s ground; so “Meydan-e-Mashq” became the “National Garden”.

However, the National Garden lasted just a few years before the buildings of the Foreign Ministry, National Library and Museum of Ancient Iran erected there. Nevertheless, the name of National Garden still stands at the gate of Meydan-e-Mashq.

What follows are photos of Autumn-Leave Festival held in the historical area, retrieved from various sources: