Iran Front Page
Home Politics Security US Will Have to Announce Heavy Casualties Inflicted in Iran Attack on... 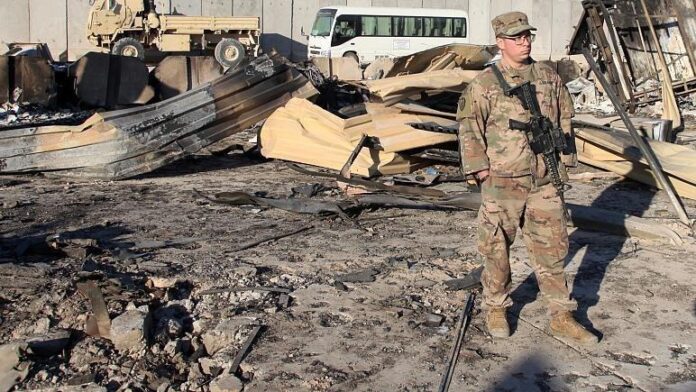 A top Iranian military official says Washington will have to announce the casualties that the US military suffered in Iran’s retaliatory missile strike on the American Ayn al-Assad base in Iraq.

Senior Spokesman for the General Staff of the Iranian Armed Forces Brigadier General Abolfazl Shekarchi said US officials are unable to hide the truth.

“Heavy casualties were inflicted on the Americans during the attack on Ayn al-Assad base, and, in the coming days, they have to admit having suffered the casualties, and they cannot hide it,” he said.

The top general was referring to Iran’s missile attack on the base in retaliation for the US assassination of top Iranian general Qassem Soleimani who was killed along with Abu Mahdi al-Muhandis, a senior Iraqi military figure.

General Shekarchi said the US assassinated general Soleimani in order to defeat the resistance front, but soon many people began to follow Soleimani’s way of thought “and the Americans suffered serious harm in a short time.”

“The Americans wanted to destroy the Shiite government in the country and sow discord among people, but after the martyrdom of Abu Mahdi al-Muhandis and his comrades, unity among Iraqi people increased,” said general Shekarchi.

He underlined that Iran should make every effort to tackle the enemy’s scheme and strategy of “infiltration” and not to be deceived by appearances.