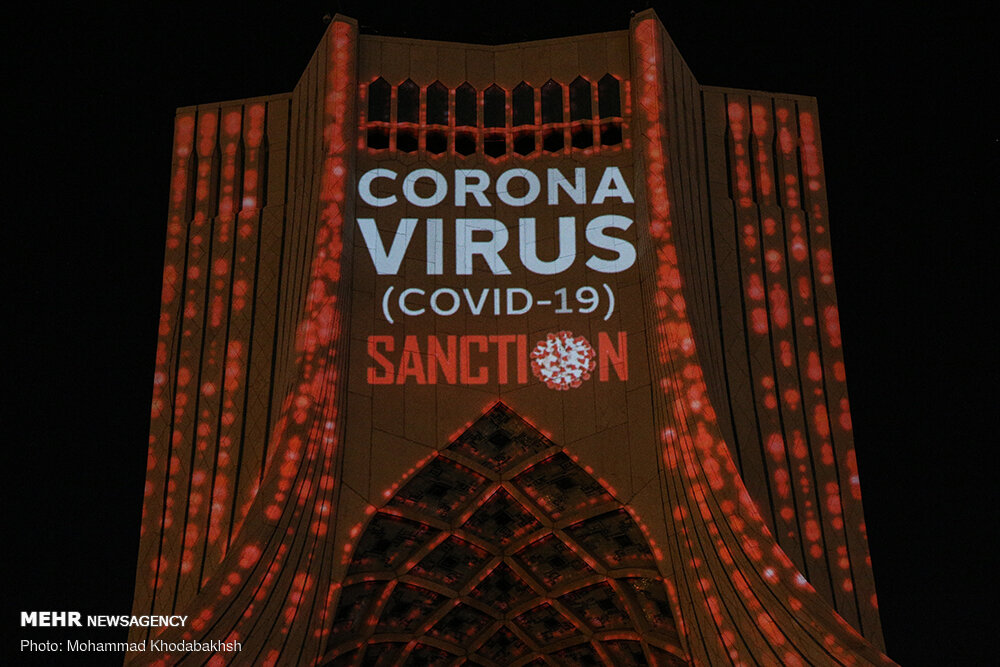 A manager of an Iranian pharmaceutical company describes how the United States’ sanctions against the Islamic Republic have devastated the country’s health sector, especially now that Iran is gripped by the novel coronavirus.

Now that Iran is being ravaged by the COVID-19 coronavirus, there is greater scrutiny of the country’s health system and the multiple ways that the US-led international sanctions have impeded the ability of healthcare providers to address rapidly increasing demands.

A few days ago, Iran’s Foreign Minister Mohammad Javad Zarif wrote in an op-ed titled ‘Fight the virus, not us’ published by Russian business newspaper Kommersant that the US “medical terrorism” against Iranians through imposing toughest ever sanctions on the country is leading to a “humanitarian catastrophe” as it makes it “impossible” for ordinary people to have access to essential drugs amid the COVID-19 pandemic.

Zarif has spoken out in recent weeks, calling on the international community to pressure the United States into lifting its unilateral sanctions against Iran at least during the country’s fight with coronavirus, as they are impeding people’s access to medicine and causing a disaster.

To shed more light on the impact of these sanctions, the Middle East Research and Information Project (MERIP) has conducted an interview with Noushin (not her real name), a marketing manager for a private Iranian pharmaceutical company that produces and imports a wide range of medical drugs.

The interview has been conducted by Kaveh Ehsani, a MERIP contributing editor, on March 26, 2020. Here’s the full text of the interview:

The draconian US sanctions on Iran, especially those imposed after President Trump revoked the nuclear deal with Iran (known as the Joint Comprehensive Plan of Action, JCPOA) in 2018, are having a devastating effect on the entire sector. While medical drugs and supplies are supposedly exempt from US sanctions, Noushin’s experience sheds light on how this means very little in practice.

Q: What impact have government policies under sanctions had on your company and others like yours?

A: We have to deal with many institutions and other partners to produce and distribute our products. I would say we have encountered massive difficulties at every level. In Iran, the Ministry of Health sets all drug prices to keep them affordable. As a pharmaceutical producer we have to sell our products at a fixed price to pharmacies and hospitals, who can only charge the public equally fixed retail prices. This means we have little to no margin when dealing with the burden of sanctions, or inflation caused by currency devaluation.

Of course, we can appeal the Ministry of Health to review a fixed price, but this opens the door to corruption and nepotism, which has become far more widespread all along the production and supply chain. Regulating bureaucratically set prices has also turned into a major problem, as scarcity has opened the door to hoarding and profiteering, often with the collusion of officials and regulators who are hard pressed like everyone else. We are witnessing the delegitimization of the entire system as ordinary people face medicine shortages and exorbitant prices.

Q: Have the sanctions exacerbated the impact of these bureaucratic rigidities?

A: Absolutely. We produce a lot of drugs domestically, but like everything else in the world now, the notion of absolute self-sufficiency is a myth. Even in domestically produced medicine many ingredients have to be imported, and those are constantly being hit by sanctions. Let me explain how this works. To import anything, we need two things from the Ministry of Health: an import permit for that ingredient, and a bill of credit for subsidized international currency. The law says that we cannot import anything that is being produced domestically. The problem is that the quality of domestic ingredients may be inferior, and there may not be enough available to satisfy demand. This creates scarcity.

Then, because of sanctions, we have encountered increasing challenges to get credit to import anything. Using the far more expensive free market currency is not an option, because as things are we are barely hanging on financially. Any pharmaceutical consists of many ingredients, some of which need to be imported. So, even if we domestically produce 80 percent of a vital drug, we run into these problems attempting to import the other 20 percent.

These are the problems we face on the Iranian side. In addition, none of our foreign partners want to do business with us because they fear being hit with US sanctions. It doesn’t matter that nominally medical supplies are exempt. Let me give you a concrete example: There is an important drug that we produce domestically, but we cannot import the packaging! These vacuum packages for pills are called “blisters.” We import from India, because they are a main global supplier. But they are afraid to sell to us. I was telling our distributor to ship out our existing supply of pills before expiration. His frustrated reply was, “How do you expect me to ship them, in gunny sacks”? Suppliers are not the only problem. Banks, insurers and financial institutions present problems too. Even if we have the credit, it has to circulate through financial institutions and they are terrified of alienating the United States and being hit by sanctions themselves.

As a result, many private companies like us have gone out of business. This is not only the case for pharmaceutical companies. The same is true for the food industry, equally exempt from sanctions, supposedly. Many multinational food corporations have left Iran fearing sanctions, for example Nescafe. The handful that are left, like Nestle or Danone, are trying to increase their domestic production here, for example for powdered milk used for baby formula. But it’s a challenge and I am not sure they will stay. Sanctions have devastated many producers, including those that are supposedly exempt. Most of all, they have hurt ordinary people immeasurably as prices have skyrocketed and basic necessities have become either scarce or beyond anyone’s ability to purchase.