US Making Instrumental Use of Iraq’s Ethnic Diversity: Deputy FM 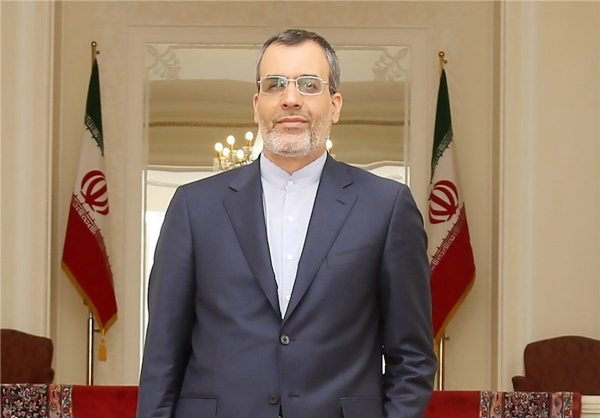 A senior Iranian diplomat believes that the US is using its ties with certain Iraqi ethnicities as an instrument to advance its own interests.

Iranian Deputy Foreign Minister for Arab and African Affairs Hossein Jaberi Ansari said in a televised interview that the US has special ties with some ethnic and racial groups in Iraq and has always made instrumental use of them.

“Their use of Kurds and their ties with Kurdish groups in Iraq’s developments is one of their political instruments,” Jaberi Ansari said, according to a report by Khabar Online, as translated by IFP.

“On Mosul and the field developments in Iraq, the Americans are worried that the Iraqi army and popular forces would make major changes,” he said, adding that the US has been basically taking advantage of the fall of cities to the hands of terrorists.

“If Iraqi territories, Mosul in particular, are liberated by Iraqi army and popular forces, the Americans’ political outcomes would not be achieved, and people would have the upper hand.”

Therefore, he added, they use racial, religious, and political paradoxes, and one of these ways is to bring Kurdish groups into the field.

“It’s their policy to maintain their key role by managing these paradoxes,” he went on to say.

The Iraqi army is geared up to launch a large-scale offensive to liberate the northern city of Mosul, which the ISIS terrorist group has proclaimed its headquarters in Iraq. Mosul fell to ISIS terrorists in summer 2014.

A 2015 offensive to retake the city came to a halt after ISIS militants overran the city of Ramadi, which is the capital of the western province of Anbar and about 110 kilometers west of Baghdad. Ramadi was liberated in December 2015.

On June 18 this year, Iraqi forces launched another attack to retake the southern parts of Mosul, one day after they retook Fallujah.

Path to Syria Peace Not a Military One

Elsewhere in his remarks, Jaberi Ansari noted that since the beginning of the conflict in Syria, Iran has always believed that the Syrian nation must decide about the future of the country.

“The crisis in Syria has been going on for over five years, one of the reasons behind the sluggish peace process is that some countries believe that it has a military solution, but Iran has, since the beginning, believed that a military solution will reach nowhere and that there is no path but that chosen by the people of Syria,” he said, as reported by Press TV.

He said certain countries are responsible for turning the crisis in Syria into a multilateral problem, and they are still pursuing a military solution, adding that another obstacle to resolving the crisis is the number of players in the situation.

Jaberi Ansari went on to condemn a US attack the killed dozens of Syrian government troops in the country’s eastern province of Deir ez-Zor.

He stressed that the US’s explanation that it had mistakenly killed around 80 government troops battling ISIS was unacceptable.

Jaberi Ansari further referred to the trial of prominent Shiite cleric of Bahrain, Sheikh Isa Qassim, which has been postponed for the fifth time.

“The trial was postponed once again because the government of Bahrain is worried about people’s protest at the [possible] verdict that would be given to Sheikh Qassim,” he said, adding that the Al Khalifa regime is going to pursue their harsh policies step by step.

“We have repeatedly announced that this type of policy-making is deficient. A major part of Bahrain’s society demand major reforms,” Khabar Online quoted him as saying, as translated by IFP.

“Continued oppression and prosecution of personalities and figures will lead to crisis, even if the proponents of Bahrain’s government would think such policies are successful in the short-term,” he added.