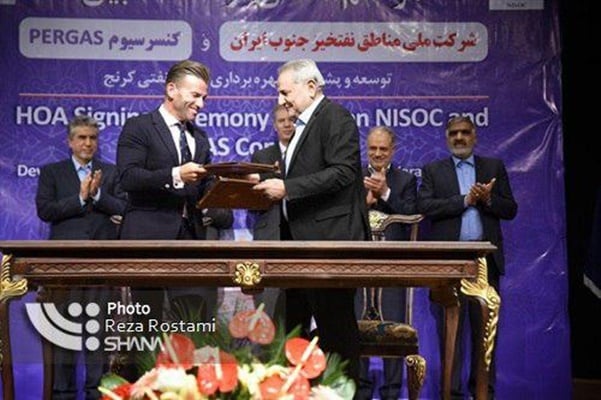 The British consortium Pergas has signed the first international oil contract with Iran after US President Donald Trump unilaterally withdrew the US from the Iran nuclear deal.

The Heads of Agreement (HOA) was signed on the development of the Iranian Koranj oil field.

The agreement was inked in a ceremony in Tehran attended by Iranian Oil Minister Bijan Namdar Zangeneh as well as Rob Macaire, the British ambassador to Tehran, and senior oil industry officials.

If finalized, the deal would see up to 200 thousand barrel of crude produced per day, with a collective output of around 655 million barrels in ten years’ time. The project comes with a price tag of well over $1.1 billion.