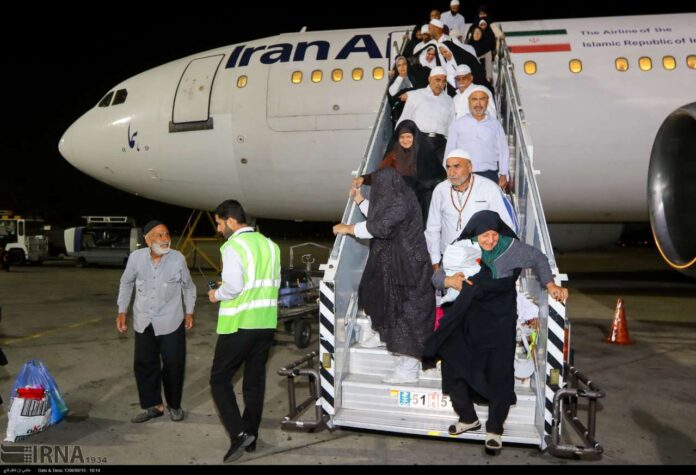 The first terminal of Tehran’s Imam Khomeini International Airport is ready to dispatch about 27,000 pilgrims from seven provinces to the annual Hajj pilgrimage in Saudi Arabia, an Iranian official said.

Ali Rostami, an assistant director of the airport, told IRNA on Sunday that according to schedules the departure of Iranian pilgrims will start at Imam Khomeini Airport as of July 18 and will continue until August 15.

The pilgrims will be returned to Iran between August 25 and September 15 from Jeddah Airport, he added.

Special routes and halls have been allocated to Hajj pilgrims, Rostami noted, adding that two airline companies of the Islamic Republic of Iran and Saudi Arabia will carry out 95 flights through Imam Khomeini airport for pilgrims of the provinces of Tehran, Semnan, Qazvin, Qom, Lorestan, Alborz, Markazi and the city of Kashan.

According to IRNA, Seyyed Mahdi Razavi, who is responsible for Hajj flights at the Iranian airports, earlier said the first Iranian flights to Saudi Arabia will be carried out from four airports in Ahvaz, Bushehr, Mashhad and Imam Khomeini airport in Tehran.

In addition to Imam Khomeini Airport, he added, the airports of Kerman, Hamedan, Yazd, Isfahan, Ahvaz, Bandar Abbas, Bushehr, Birjand, Rasht and Shiraz will be used by Iran Air and those of Oroumiyeh, Tabriz, Zahedan , Zanjan, Sari, Kermanshah, Gorgan, and Mashhad will be utilized by the Saudi airline to dispatch the Iranian pilgrims.

This year about 85,000 pilgrims from 19 airports in the country will head for Hajj rituals.