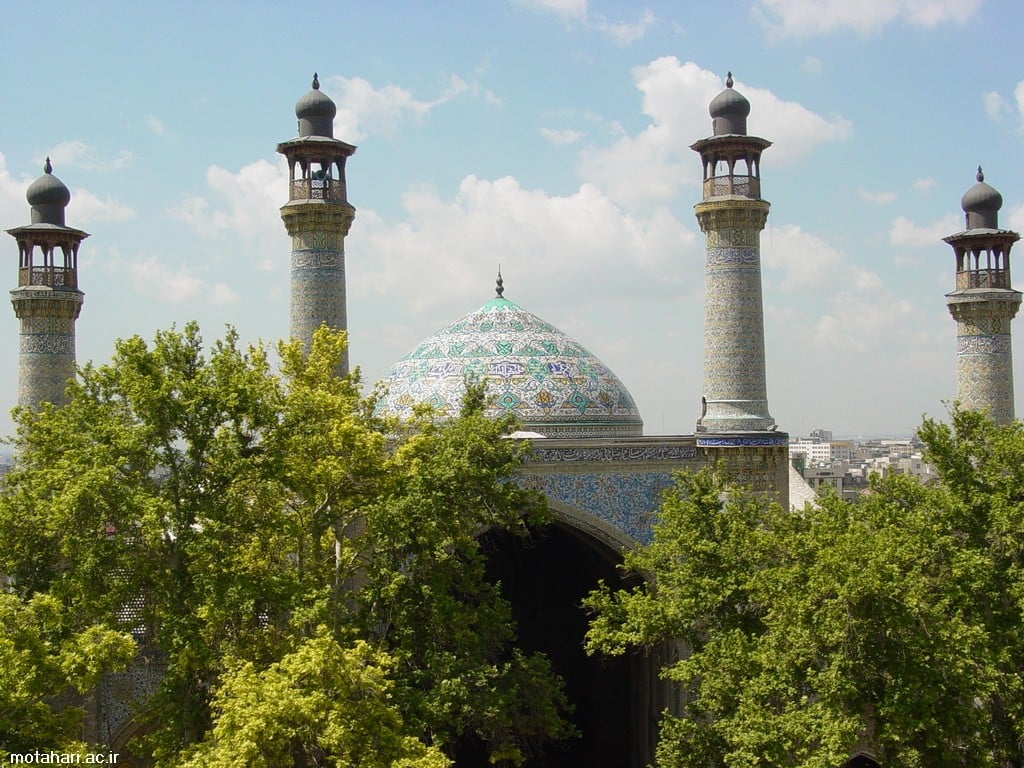 Sepahsalar Mosque accompanied by a seminary with the same name is located at the south-eastern part of Baharestan Square; next to the Parliament compound.

According to a Farsi report by Hamshahri news website, the mosque was built in the Qajar era, during the rule of Nasereddin Shah (1831-1896); by the order of the then-chancellor Mirza Hassan Khan Sepahsalar (1828–1881) who had spent years in Istanbul as Iran’s ambassador.

The mosque was designed by engineer Mahdi Khan Motamen-ul-Doleh Sheghaghi and constructed by Haj Hassan Qomi in the 19th century.

In general, the mosque’s design is inspired by Isfahan Jameh Mosque, Isfahan Chaharbagh School and Hagia Sophia Mosque in Istanbul.

The building is 61 metres in length and 61 metres in width. It includes two floors with 60 rooms for its seminary students to live in.

The complex, made largely of bricks, has eight minarets, a two-storey building, a roofed hall for worshipers to pray (Shabestan), a gateway, a large dome and a huge library.

Its majestic dome has been modelled after Turkish mosques. The minarets are what make this building so unique. Its prayer hall dome, 37m in height, is supported by 44 columns.

What follows are photos of Sepahsalar Mosque retrieved from its official website: