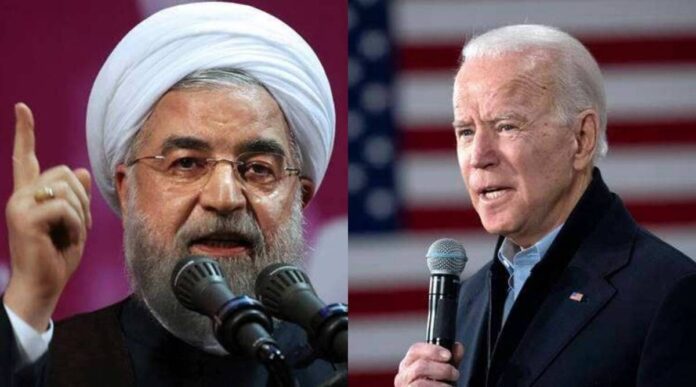 Iranian President Hassan Rouhani says the Biden administration should not shy away from returning to compliance with the 2015 nuclear deal and implementing the law.

Speaking in a Wednesday meeting of the cabinet, President Rouhani addressed the White House officials, and said, “Don’t be shy and return to the path of the law and implementing the international regulations.”

“Don’t delay this, and know that as the Supreme Leader of the Revolution has announced, we will return to our commitments immediately after you do so,” he added.

The president said the anti-Iran sanctions are what the Zionism and regional reactionaries want.

“We will not let the enemies’ wish come true,” Rouhani added.

“Today, if we stay united, we can achieve victory soon. Today, the planners of Iran’s defeat explicitly admit their defeat, and this shows that victory is upon us.”

He said “when a nation stands against a superpower for three years and the newly-elected cabinet in that country explicitly state that the path of the previous four years has failed, it means the success of Iran and certainly if we continue our way with unity, we will be victorious,” he promised.