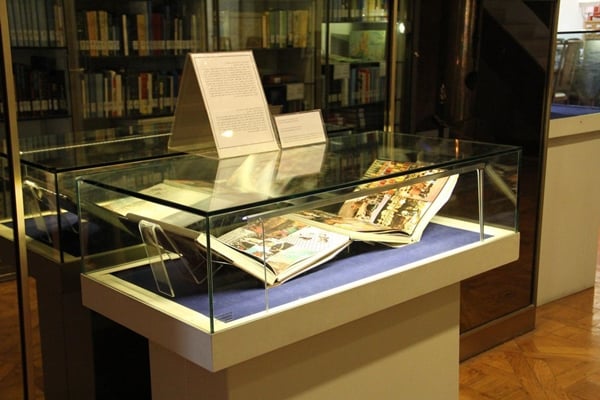 The books “Persia, Bridge of Turquoise” published in 1974 and “Iran, Elements of Destiny” published in 1978 are now on public display at the library. The books depict the relationship between Iranian people and introduces the country’s visitor sites and attractions.

The books were put on show following requests by visitors for displaying the autographed books available at Niavaran Complex.

The two books contain some of the most complete collections of images portraying the cultural features, lifestyles and diverse geographical climates in Iran. They contain photos of scenery, monuments, ancient sites, people and cultural symbols of Iran. They have been published both in Persian and English.

One of the unique features of the specialized library at Niavaran Complex which distinguishes its setting from that of other libraries and has turned it into a museum-library is the existence of a treasure trove of books donated by heads of state as well as well-known artists, poets and authors, including Parvin E’tesami, Alinaqi Vaziri, Manouchehr Atashi, John F. Kennedy, Walt Disney, Roloff Beny and many other prominent figures.

The specialized library was constructed back in 1976 in the northeast of the complex in a rather cozy area adjacent to the former residence of members of the Pahlavi dynasty.

The library contains two floors and a basement, with a built-up area of around 770 square metres.

The library was opened to public in 1993 on the occasion of International Museum Day.