Qalibaf Drops Out of Presidential Race in Favour of Raisi 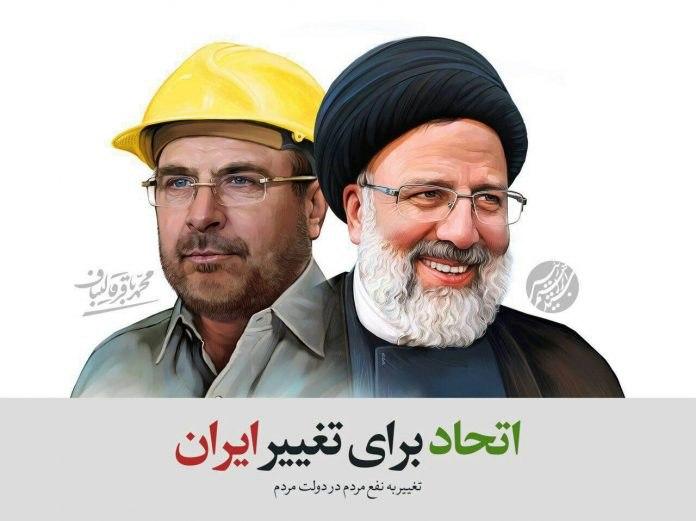 Iranian candidate Mohammad Baqer Qalibaf officially withdrew from Iran’s presidential election, and called on his supporters to vote for his fellow right-winger Ebrahim Raisi in the May 19 elections.

In a statement released on Monday, the conservative mayor of Tehran Qalibaf said he is withdrawing from presidency in favour of Raisi to protect the interests of Iran, the people, and the Revolution.

“A major and important decision has to be taken to unite the Revolutionary Front. Therefore, I ask all my supporters across the country to use all their capacity and support for the success of our dear brother Hujjatoleslam Seyyed Ebrahim Raisi and the formation of his government, known as the Government of Dignity and Work,” he noted in the statement.

He also expressed the hope that his decision would prepare the grounds for the beginning of a new era of economic evolution, when the four-percenters are removed from the economy, and further jobs are created for young Iranians.

“The campaign has just started and we should sacrifice our lives and reputation until the full eradication of corruption and inefficiency,” he added.

Before Qalibaf’s withdrawal, Tasnim had quoted a letter by a group of Iranian students who called on all three conservative candidates – Raisi, Qalibaf and Mirsalim – to remain in the presidential race and prevent President Hassan Rouhani from securing the required number of votes (50%+1), so that the candidates would have to fight in the run-off.

However, now that Qalibaf has withdrawn, one of the candidates will probably win the presidential election in the first round.