Japan to Make a Fortune from Newly-Born Panda 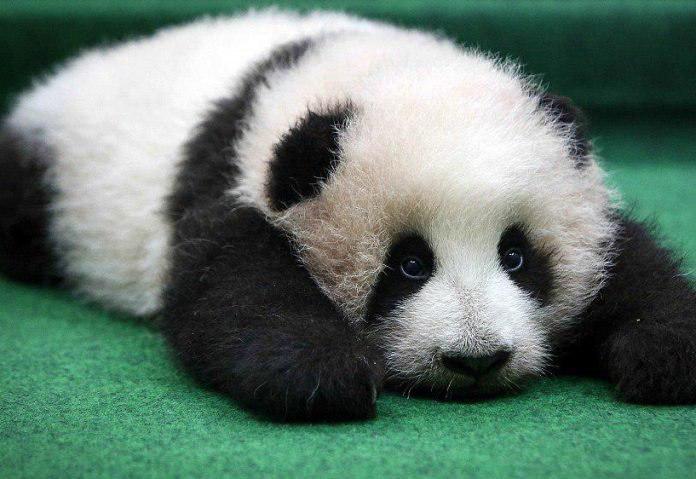 A giant panda cub recently born at a zoo in central Tokyo is expected to bring a 26.7 billion yen (242 million US dollars) economic effect to the city, local media reported.

Katsuhiro Miyamoto, professor emeritus of theoretical economics at Kansai University in Osaka prefecture, said that the giant panda cub born Monday will bring as big an impact as “a professional baseball team winning a title.”

He suggested that the new panda cub could attract some 5,657,000 people to the zoo in fiscal 2017, up over 1.8 million from the previous year, by drawing analogy to the increased visitor rates at the zoo in 1972 when giant pandas were exhibited in Japan for the first time.

In addition to the increased admission fees and spending of visitors to the zoo, the new panda cub would also boost the income of employees at relevant facilities, according to the professor.

Eleven-year-old giant panda “Fairy” (Japanese name Shin Shin) at the Ueno Zoological Gardens in central Tokyo gave birth to a cub on Monday, five years after her first cub was found dead just days after it was born.

Officials from the zoo said on Tuesday that the cub appeared to be in good health, though the zoo has not found out about its sex or exact weight yet, as it has been held continuously by its mother.

They also said that the zoo will be monitoring the health of the cub around the clock for the moment with the help of an expert from China.

Fairy and her mate Billy (Japanese name Ri Ri) have been firm favorites at the zoo since their arrival on loan from China in February 2011.

Through natural mating and not artificial insemination, the pair had a cub in 2012, marking the first birth at the zoo in 24 years.

The birth brought widespread delight around the nation, although hearts were soon broken as the cub died from pneumonia just six days after it was born.

Fairy in 2013 displayed signs of being pregnant, zoo officials said, but it turned out to be a false alarm.

The pair were seen mating in late February and thereafter the female panda had been showing signs of pregnancy such as a loss of appetite and lethargy, and was withdrawn from public view, the zoo said.

The latest birth has brought cheers from around the nation and beyond.