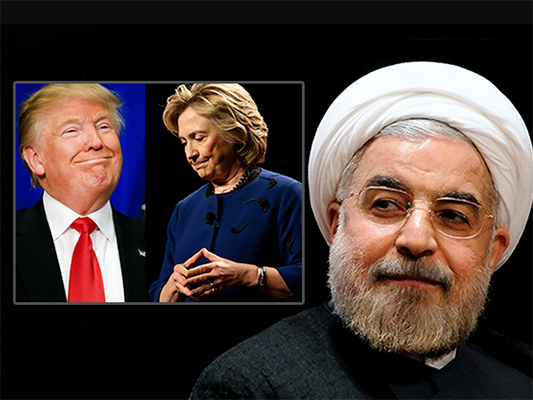 The global community could not think straight for a while after it saw the results of US presidential election, which had, in fact, many lessons for political observers and analysts across the globe.

According to an editorial published earlier this week in 19 Dey newspaper, as translated by IFP, one of the key factors that helped Donald Trump win the US election was his unflagging focus on domestic affairs of the United States, unlike his contender Hillary Clinton.

During his presidential campaign, Trump had zeroed in on raising the issue of American population’s income, tackling unemployment, reducing tax duties, preventing the arrival of immigrants and restoring glory to the American society.

Having been completely aware of the sociological features of the American population, the US President-elect Trump indeed managed to secure the support of a majority of voters against the media hype created by his rival and her whistleblowing agenda to loosen Trump’s grip on his campaign.

Even Trump’s caustic, haphazard stances on different topics did in fact save him in polls as he seemed persuasive enough for the general public to keep his promises after he won the election. When he attacked the Republicans, saying he would have started his campaign even without their support, Trump managed to secure more votes than was expected.

The people seemed senseless to what Trump’s GOP dissidents said and disregarded his bad temper as a man. What American people cared about was voting for a person who would address their troubles. Maybe Clinton could have won more votes than Trump and become the president-elect if she could put more emphasis on domestic affairs than US foreign policy.

The results of US elections can have implications for Iranian President Hassan Rouhani in his campaign for the next presidential election in Iran; he will have to highlight domestic affairs instead of foreign policy. During his presidential debates, Rouhani insisted that besides the nuclear technology, people’s lives must also be considered.

These days, however, Rouhani’s administration seems to be more focused on international relations, regional détente and fulfillment of the Joint Comprehensive Plan of Action (JCPOA), the landmark deal Iran struck with world powers. This might be a logical stance when viewed by the elites, but this is not necessarily the case for ordinary people. One thing is for sure: this will not bring many votes for Rouhani in the upcoming election over the next 7 months.

Clinton’s fate could be a lesson for Rouhani’s advisors to alter the administration’s rhetoric from extreme focus on foreign policy and elitism to addressing people’s problems.