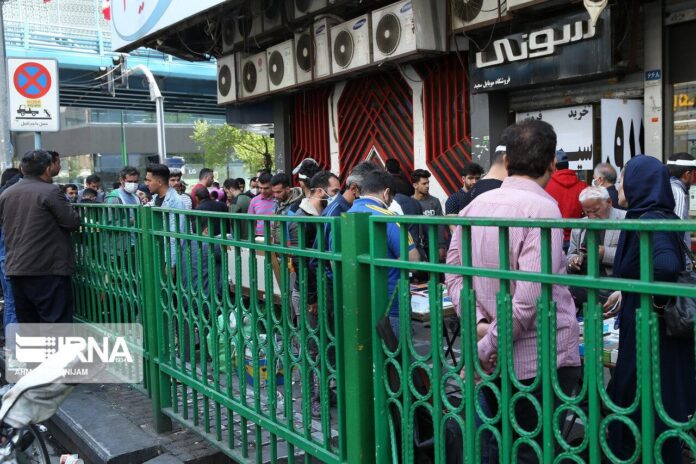 Iran should brace itself for the second wave of coronavirus cases in autumn after a slowdown in the outbreak’s infection rate in June, a Health Ministry official has warned.

Director of the Contagious Disease Department at Iran’s Ministry of Health and Medical Education said in an interview with IRNA on Monday that the second wave of COVID-19 will begin in autumn, although the first wave of the disease is going to die down in June with sporadic cases of infection in the springtime.

The coronavirus infection rate in Iran has been on the decline over the past three weeks, but the epidemic is not still over, Hossein Erfani noted.

“We predict that after a relative containment of the disease and its decline through the month of Khordad (May 21 – June 20), sporadic cases of the disease would occur in the society, but it will not be fully eradicated,” he added.

Erfani explained that the fluctuations in the infection rate following the outbreak of coronavirus in Iran in February do not translate into new waves, saying the real second wave is expected in this year’s autumn as the weather gets colder.

The Iranian official said the second wave of COVID-19 in autumn is expected to follow the same pattern as seasonal influenza, which breaks out in November and December every year.

The Health Ministry is gearing up for the second wave of coronavirus in autumn and has begun to prepare the necessary medical equipment to prevent, diagnose, and treat the disease, he added.

The protective and treatment supplies in outpatients, the necessary equipment for hospital admissions, and the plans to prevent and control the emergencies will be fortified in all areas, so that the medical centers could tackle the second wave with full preparedness, he stated.

The main conditions for containing the coronavirus disease are cooperation from people, coordination among the domestic sectors, strengthening the health system, and providing the necessary medical and treatment supplies, Erfani concluded.