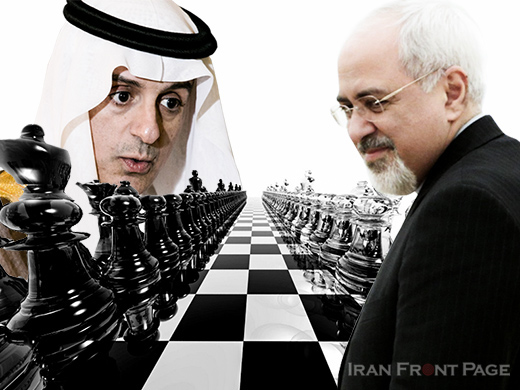 A country like Iran whose foreign policy is mostly based on calculations is unlikely to be checkmated by others.

An article on Asr-e Iran website on January 4 took a closer look at the impact of the execution by the Saudis of prominent Shiite cleric Sheikh Nimr al-Nimr on already weak relations between Iran and Saudi Arabia. The following is the translation of the final part of the piece; the headline has been chosen by IFP:

A look at the history of the foreign policy of the Islamic Republic of Iran over the past three decades shows that although at times it has been affected by problems such as sloganeering and ill-thought-out moves, it has mostly opted for logical approaches to ride out complicated regional crises. In line with such a policy, the country has not opted for costly adventurism; rather, it has chosen indirect tools over direct confrontation.

Iran’s foreign policy machine has always left the door open, although a crack, for dialogue with rivals and belligerent parties. The invasion of Kuwait by Saddam’s Iraq, US invasion of Afghanistan after 9/11 and US invasion of Iraq in March 2003 can be used to uphold such argument.

The fact that the Saudis executed Sheikh Nimr and then cut their diplomatic ties with Tehran days ahead of an expected termination of sanctions – as a result of which the Islamic Republic will be set for an economic leap and a re-launch of development measures following years of recession and economic contraction – is too much of a coincidence.

Aware that the Rouhani administration is getting rid of troublesome foreign policy issues to shift its focus to local economic problems, the Saudi government seems to want to drag Iran into new adventurism. As it was already mentioned, if the new Saudi politicians take a closer look at Iran’s foreign policy over the past three decades, they will come across a delicate point: adventurism has no place in Iran’s foreign policy.

Even after the killing of hundreds of Iranian citizens at the hands of the Saudi forces during a bloody Hajj pilgrimage three decades ago, the Islamic Republic wound not opt for direct confrontation with the Saudis. The current bone of contention is the inhumane execution of a number of Saudi citizens, including an opponent cleric. Naturally, the Islamic Republic uses conventional channels to convey its proportionate protest at the conduct of the Saudis.

If the new Saudi officials have done this to provoke Iran and send tensions between the two countries soaring, they are miscalculating, because records show that the final output of Iran’s foreign policy is based on calculations and that Tehran is unlikely to react to such measures and be checkmated.

But if the Saudis seeks to ignite a wider sectarian conflict in the Middle East in a bid to open new fronts against Iran and thus put more pressure on Tehran, one needs to wait and see to what extent Iran will be able to exert influence over its allies not to walk into the trap of sectarian tension and war.