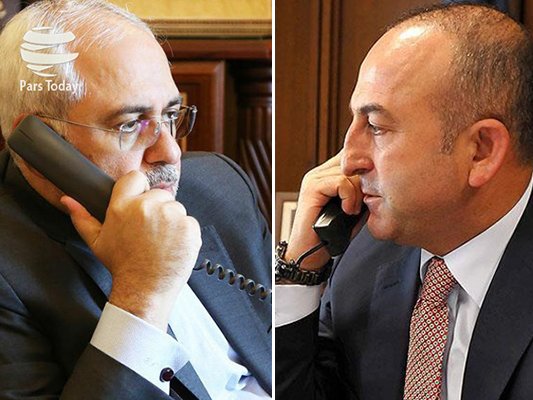 During the phone call, the two sides discussed the latest developments of the Muslim world, particularly the issue of occupied Palestine and the so-called “Deal of the Century”, and underlined the need for the Muslim world to take a decisive stance against the sale of Palestine.

The US had announced the so-called deal of the century — a brainchild of President Donald Trump’s son-in-law and advisor Jared Kushner and other key pro-Israeli figures — years ago, but had withheld the details.

Trump revealed the general provisions of the scheme on Tuesday, with Israeli Prime Minister Benjamin Netanyahu at his side. Palestinian sides were conspicuous by their absence at the ceremony given their vociferous disagreement with the plot.

Under the scheme, the US would continue to recognize Jerusalem al-Quds as Israel’s “undivided capital,” Trump said, endorsing his 2017 move concerning the city.

He said the deal featured an economic portion that earmarks $50 billion in monetary allocations to Palestinians, Jordan, and Egypt. Palestinians have denounced this as a means of bribing them into selling their rights.