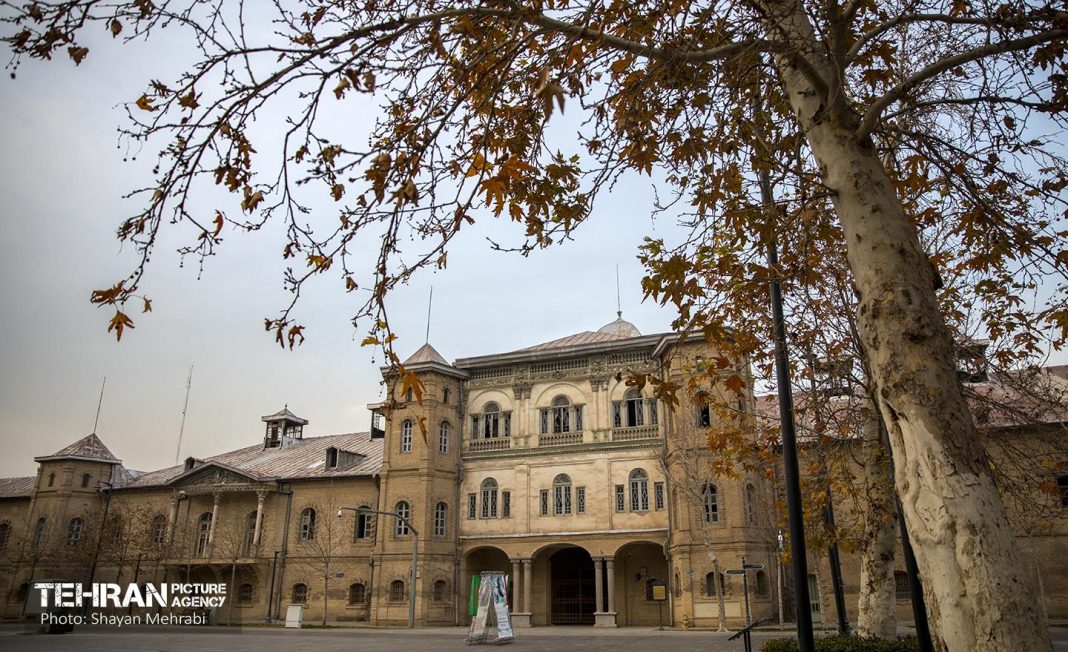 In the vicinity of the Shahrbani Palace in the heart of Tehran sits the Qazaq Khaneh building, an old monument with a minimal architecture. It can be described as one of the first-ever buildings serving military and administrative purposes in the capital which lives to this day.

It was built on the order of Mozaffar ad-Din Shah Qajar during the reign of his father, Naser al-Din Shah, in 1901 and is around 160,000 square meters.

The Qazaq Khaneh building is the core part of the Mashq Square complex, constructed in the era of Fath-Ali Shah Qajar as a military base in northern Tehran.

The monument served as a base hosting Qazaqs (Cossacks), a special military force created under an agreement between Iran and Russia and led by Reza Shah and Colonel Liakhov.

It is a three-story structure featuring halls made of bricks on the first floor and corridors with different rooms on the upper floors. The building was used by the military for years and parts of it were repaired.

Besides the main building, there are two other structures that once served as dormitories for military soldiers, which are scheduled to undergo repair in the future and regain their grandeur.

In the architectural plan, there is a mixture of Iranian and European art, reflected in various porches built with nice views.

The porches were constructed to serve as platforms for high-ranking figures to watch military ceremonies used to be held in the nearby areas. The architecture has been designed very artistically, with the facades still remaining beautiful despite the damage that the building has sustained.

Today, the Qazaq Khaneh building has been placed in the charge of Tehran University of Arts and is awaiting the required overhaul. If you find the opportunity to pay a visit to the Shahrbani Palace and the Gate of the National Garden, make sure to take pictures near the monument and enjoy watching the attractive architecture.

Across from the building lies the Malek National Library and Museum (the first privately-owned museum that was endowed and one of the country’s six largest libraries). The Gate of the National Gardan is located to the left. The 30th Tir Street is also situated near the building, where you can have some food or a hot cup of coffee near colorful vans and enjoy the lively mood. You can also make a visit to the Ebrat Museum, a place full of mysteries that served in the past as a prison run by the notorious SAVAK secret police.

Other tourist attractions of Tehran

We recommend you to visit other attractions of Tehran during the tour of the Iranian capital as well, including the Nature Bridge, the Ab-o-Atash (Water and Fire) Park, the Goftogou Garden, and the Niyavaran Palace, each of which tell the stories of Tehran’s different eras.