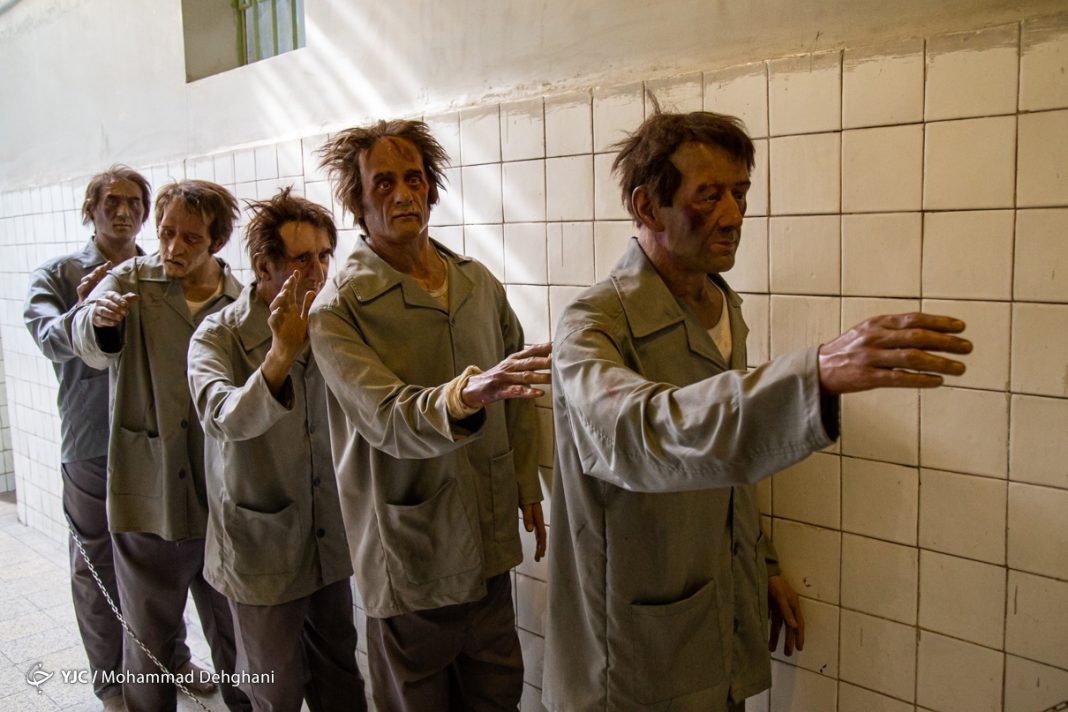 The Ebrat Museum, located in downtown Tehran, once served as a prison facility run by the highly-notorious SAVAK secret police prior to the 1979 Islamic Revolution in Iran.

The museum, known as a dark tourist destination, takes visitors on a bitter historical tour of the site during the reign of the Pahlavi dynasty, when it witnessed countless abuses of political prisoners.

The site puts on display the statues of famous figures and inmates, which were built with great elegance, as well as mannequins set up to depict the torture that the prisoners endured at the facility.

The building has a circular architecture with nested, narrow corridors designed to reduce the possibility of escaping to zero.

The high iron railings and concrete walls are also proof of the building’s terrifying impenetrability, which made it a perfect place for SAVAK to secretly torture the inmates in impunity.