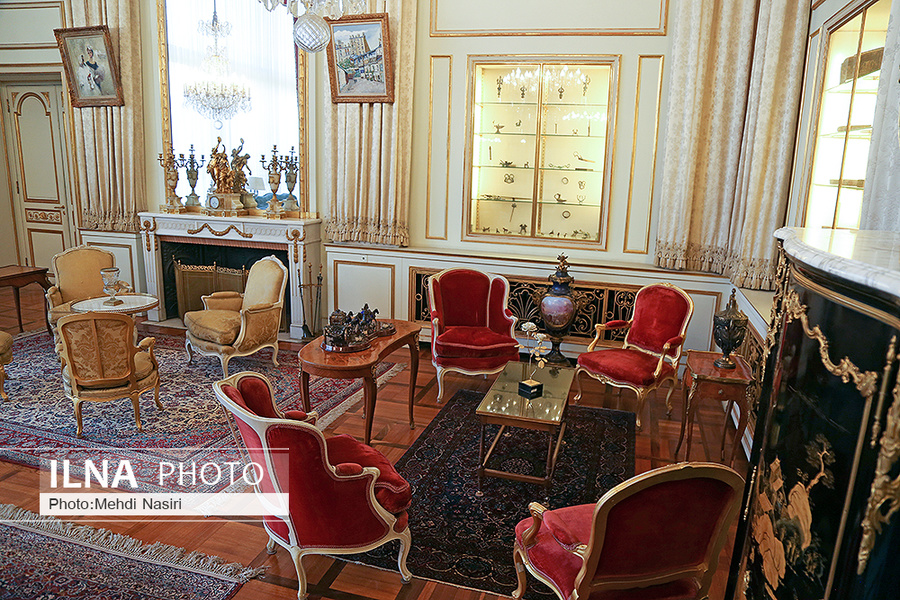 The Palace of Niavaran in Shemiranat, northern Tehran, is an important example of Persian architecture in the 20th century.

Located in the northeast corner of Niavaran Garden, the palace is a building with two and a half storey in an area of about 9,000 square kilometres.

The construction of Niavaran Palace started based on an Iranian design in 1958; however the work was interrupted for a while and didn’t finish until 1967.

Although the project’s initial goal was to build a place for royal reception and accommodation of the court’s high-ranking guests, it went through some changes of function during the implementation; and the palace was finally given to Mohammad Reza Pahlavi- the last Iranian king- and his family.

The building was put in use in 1968 as the main residence of the king and his family, and remained so until the final hours before their departure from the country in 1979.

The foursquare structure of Niavaran Palace and its interior design are inspired by the Iranian architecture incorporated with the modern technology. Its decoration is a combination of the pre-Islamic and post-Islamic Persian art. Some well-known Iranian masters have used stucco, mirror work and tiling to decorate the building’s exterior façade.

The floor is covered by black granite, and the roof, which opens from the middle, is made of aluminium.

A French group designed and made the palace’s interior decoration and furniture. Its ground floor includes a large foyer around which the rooms are situated; including the private cinema, dining room, reception hall, waiting room and side halls, as well as the Blue Hall.

The main office, the conference room, the office of secretory of Farah Diba, -the former Iranian queen-, the bedroom of Leila – the king’s youngest daughter -, as well as the latter’s maid of honour’s room are located in the half-floor.

In the third floor there are the king’s midday lounge and bedroom, the queen’s make-up and dressing room, and the rooms of king’s other children and their maids of honour.
At the end of visit course, there is a room on the way of stairs where the king’s official and military uniforms, as well as his medals and badges are kept.

An exquisite collections of paintings by Iranian and foreign artists, porcelain from Sur and Rosenthal factories, decorative objects, and a collection of exquisite Iranian carpets adorn these spaces.

Niavaran Private Palace was closed in January 2004 with the aim of repair and improvement. The complete restoration of the building and its facilities, furniture and a large number of objects took 6 years. It was finally reopened to the public in March 2010.

What follows are ILNA’s photos of the palace: