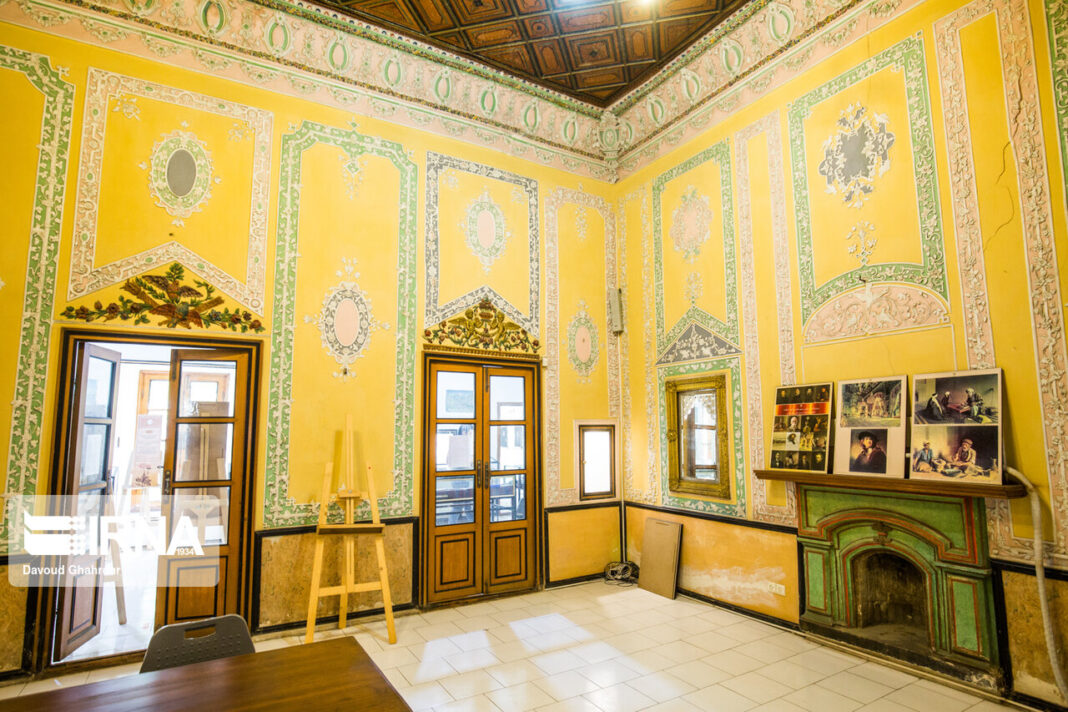 The historical house of Malek is located in Bein ol-Haramein Bazaar in the heart of the Iranian capital.

Affiliated to the National Library and Museum of Malek, the house is situated between the Imam Mosque (formerly Shah Mosque) and the Jameh Mosque of Tehran.

Built in a large area of 2500 m2, the House of Malek formerly included Andarouni (in its eastern part) and Birouni (in the western part). The house owner, Haj Hossein Agha Malek, demolished the Andarouni in Pahlavi era in order to construct a three-story building on the site, which became a library allocated for research. Hossein Agha and his family started to live in the western part of house afterwards.

The National Library and Museum was moved to a new building in the historical area of Tehran National Garden later in 1996.

The building is indeed an attractive example of combining the traditional Iranian architectural style with the European one.

The House of Malek, which is more than 150 years old, was registered in the list of Iran’s national heritage sites in 1997.

What follows are IRNA’s photos of this historical house in the heart of Tehran: