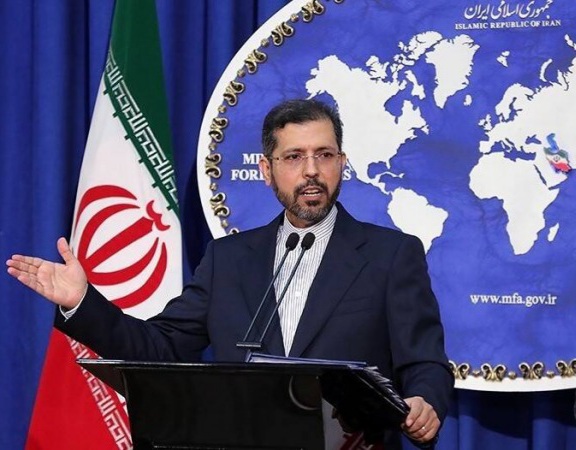 Iran's Foreign Ministry spokesman has rejected the recent reports published by the Guardian newspaper, saying it is quite clear why such custom-tailored reports try to blackwash the situation of human rights in Iran, especially at this juncture.

In a statement on Wednesday, Saeed Khatibzadeh said Iran believes the politically-motivated behaviour and selective moves of the US and certain European governments have always dealt the heaviest blow to the principle of human rights.

He also described the approach, remarks, and moves of certain European countries as an instance of interference in Iran’s internal affairs, and said authorities at the relevant level have taken, and will continue to take, necessary measures in reaction to the move.

“It is quite surprising and unbelievable to us that these countries have not only refused to show any reaction to the blatant violation of the Iranian nation’s rights caused by the US’ inhumane policy of maximum pressure and its cruel and anti-human sanctions, but are also fanning its flames and practically joining it through their inaction,” he added.

His comments came after Guardian claimed France, Germany and the UK are summoning Iranian ambassadors in a coordinated diplomatic protest against Iran’s detention of dual nationals and its treatment of political prisoners.

Guardian says it has seen a letter handed to the Iranian ambassador to the UK, Hamid Baeidinejad, which claims “Iran’s policy of arbitrary detention” is seriously undermining its international standing.

The report says the Iranian envoy had been summoned by the Foreign Office on Tuesday to meet senior officials, and the Iranian ambassadors in Paris and Berlin are also being called in this week.

The letter claims British citizens, including dual nationals, are languishing in Iranian prisons, often under harsh conditions and without justification. It argues they have been arbitrarily detained and deserve to be reunited with their families.