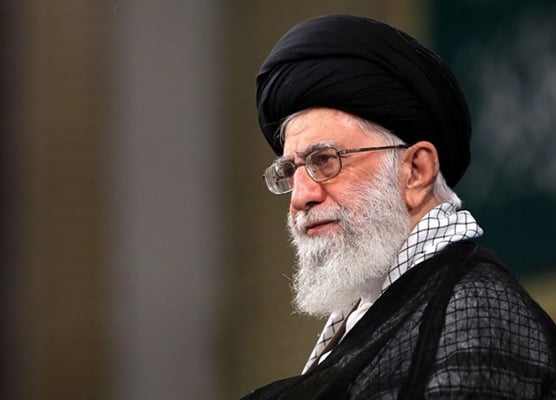 Leader of Iran’s Islamic Revolution Ayatollah Seyyed Ali Khamenei has urged Iranian artists to work harder in the face of a “pervasive soft war staged against the country by the enemies”.

“The pervasive soft war staged by the enemy today is undeniable; however, some deny it,” the Leader said in a message he wrote to the Iranian art community following a recent meeting with a group of filmmakers, producers and actors working with Iran’s state broadcaster.

Ayatollah Khamenei said denying the existence of the soft war is itself part of the enemy’s war.

“In this war, artists and intellectuals resemble the armed forces in an actual military war. Some individuals pass by this national event indifferently; some side with the enemies and help them,” he said.

“The first group are irresponsible and the latter are on the side of the enemies. Compared to the armed forces in a military war, one can identify the culpability of both groups.”

“Today, in the country, there is a large number of people who take a responsible position and make great endeavours; this should increase day by day,” he added.

Ayatollah Khamenei called on artists to defend the magnificence of Iran, the Iranian culture and the Iranian family, but at the same time noted that the goal cannot be achieved merely through rhetoric and letters.

“Arts must take up the arena,” he urged.

The Leader highlighted the significance of the very prominent role played by movies and TV series in this regard, and urged the producers and directors to “attend to national issues in the series” they produce.

The films and series should “promote cultural themes” including martyrs, the Sacred Defence, the Islamic Revolution, the Islamic lifestyle, the spiritual, faithful motives of the nation and their manifestations, their resistance against the super criminals and global corrupts, the Arbaeen walk and so forth, he noted.

“Articulate the greatness, independence, courage, scientific and practical capacities of this nation through the language of art,” he noted.

“The proper and artistic processing of these themes can be very attractive and popular, both within the country and among other countries and nations.”