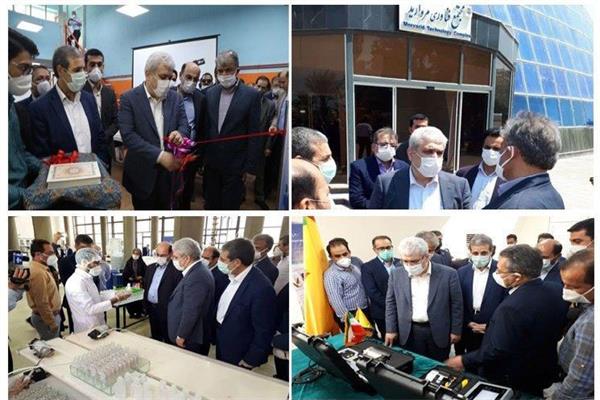 A couple of technological projects and facilities have been launched by the Iranian Vice President for Science and Technology in the south of the country.

The Persian Gulf Pearl Innovation Tower was one of the main centres inaugurated by Sorena Sattari during his visit to Bushehr province.

The tower was put into operation with the support of the Vice Presidency for Science and Technology. The centre is to host knowledge-based and high-tech companies in the province.

Bushehr Innovation Tower has been built in an area of 3,000 square metres and can play a significant role in the improvement of the province’s innovative ecosystem.

Sattari also launched the first phase of the LoRaWAN protocol-based Internet of Things network. Given the growing importance of IoT-based smart devices, this vital infrastructure could play a key role in the development of innovative businesses.

LoRaWAN is one of the most widely used protocols in the field of Internet of Things, which was implemented with the help of the Vice Presidency for Science and Technology.

Sattari also paid a visit to various centres affiliated with the province’s innovation network, including the exhibition of knowledge-based companies to get acquainted with the latest achievements of technological companies.

An acoustic locator of polyethylene gas pipes, IoT-based water quality monitoring system of shrimp pools, and T-service automatic welding machine were among the other technological achievements introduced to the Vice President for Science and Technology.

Alcohol production workshops, and centres to produce hand disinfectant gels, masks, and surface disinfectants were among the other places Sattari visited in line with empowering the southern region to better cope with the outbreak of the coronavirus.