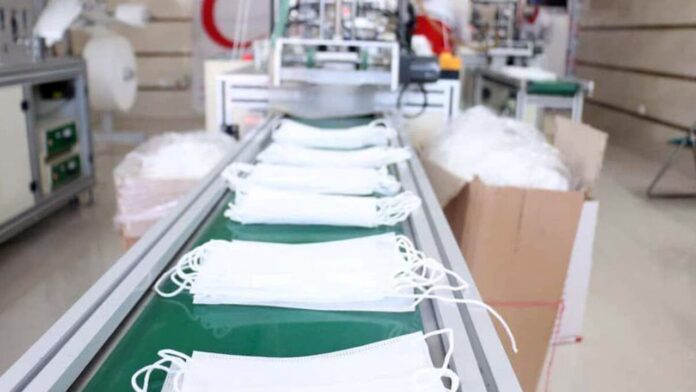 The Head of Iran’s Food and Drug Organization says one million three-layer masks are now being produced every day in the country, but the number is expected to reach five million a day in the next two to three weeks.

Speaking on the sidelines of a visit to a mask-producing factory on Tuesday, Mohammad Reza Shanehsaz said before the COVID-19 outbreak, the number of three-layer industrial masks produced in the country was 100,000 to 150,000 a day, which has now reached over one million.

With the cooperation of the industry ministry, it is expected that in the next two to three weeks, the production capacity of the three-layer masks will reach five million per day, in which case we can export masks to other countries, he added.

He also talked about the production of N95 masks, adding that before the spread of COVID-19, the daily production capacity in the country was less than 5,000, and now this figure has reached over 140,000.

The production capacity of clothing needed by medical staff, which was very limited in the past, also increased with collaboration of the industry ministry.

“In addition to the production of protective clothing fabrics in the country, the production capacity has reached 50,000, which we hope will increase and we will be able to fully meet the domestic needs.”

According to the official, the production capacity of sanitary items such as solutions and disinfectant gels has increased by eight times, stressing that there is no shortage of these items at pharmacies.