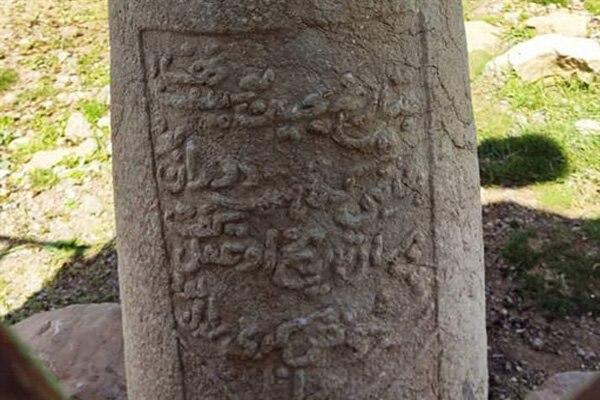 Archeologists have discovered a historic polo field in Iran’s western province of Lorestan by unearthing the stone goal posts of the field and an inscription with a Persian poem on it.

Director of the Iranian Ministry of Cultural Heritage, Handicrafts, and Tourism’s office in Lorestan Province said archaeologists and anthropologists have discovered the old sports field near the city of Aligudarz.

The findings include major architectural and historic elements from the first polo filed in the province of Lorestan and the third one discovered in Iran, the official said.

The collection recently unearthed in the area involves four standing stone pillars used as the goal posts of the polo field, one of which bears an inscription in the Persian language, the ministry official added.

The historic polo field is located near ‘Khalilabad’ village down the mountainsides of ‘Qali Kooh’ and ‘Oshtoran Kooh’, the director noted, saying the field will be put on the list of the tourist attractions of the province considering its proximity to two popular tourists sites, ‘Ab Sefid Waterfall’ and ‘Shool Abad’.

An archaeology expert has provided more details of the new findings, saying the inscription on the stone post of the polo field has been inscribed with the shape of a blossom and a mushroom, and contains four hemistiches of a Persian poem dating back to 1704 AD, around the final ages of the Safavid dynasty ruling in Iran.

The contents of the inscription reveal that “Yahya bin Yusuf”, a prominent ruler of Bakhtiari tribe in the Safavid era, had ordered the construction of an edifice within sight of the polo field, Ata Hassanpoor explained, saying the smoothly-carved stone remains scattered in the area show how magnificent and large the edifice had been.

The newly-unearthed site is the third historic polo field discovered in Iran after the ones in the cities of Isfahan and Qazvin, the archaeologist noted, saying the polo field of Lorestan has stone poles that resemble those of Naqsh-e Jahan Square in Isfahan, known as the oldest polo field in the world.

The Safavid rulers, reigning from 1501 to 1736, were fond of the national Persian sport of polo.