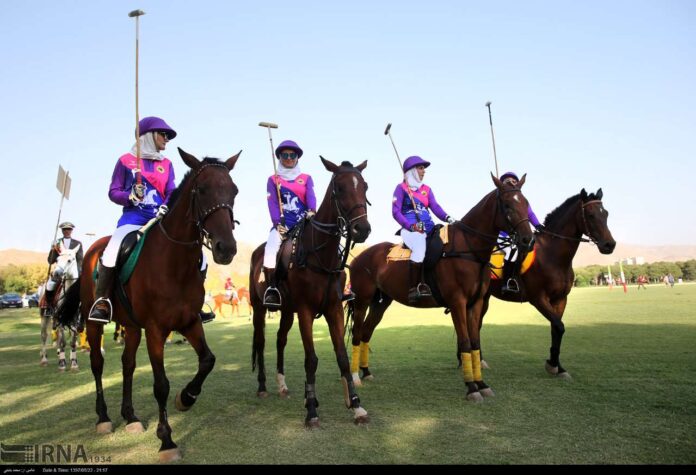 The United Kingdom is keen to work closely with Iran to further promote the sport of polo, says the country’s ambassador to Tehran.

Rob Macaire said his country is interested to be part of an international program for polo scheduled to be held in the future.

He made the comment in a meeting in Tehran with Ali-Asghar Mounesan, the Iranian vice president and head of Iran’s Cultural Heritage, Handicrafts and Tourism Organization (ICHTO).

The top British diplomat said Tehran-London relations have been growing since two years ago, and that Britain is fond of enhancing ties with Iran on all fronts.

He underlined that his country is interested to boost cooperation with Iran in new domains.

Given Iran’s go-ahead to organize joint museums, he said, Britain is keen to cooperate in that area as well because cooperation in the field of museums could help boost cooperation in other fields, too.

The British ambassador to Iran underscored that both countries should pay due regard to the issue of visa application and requirements. He said there is a long list of people applying for visa at the moment. The top diplomat said any Iranian national applying for a visa will get an appointment in a week’s time, and the trend of visa issuance begins afterwards. He said Britain stands ready to enhance cooperation and strengthen bonds with Iran. The top diplomat noted that the number of Britons visiting Iran is unfortunately low at the moment, and said that number should rise.

He said Britain also asks the Iranian Cultural Heritage Organization to introduce to us a number of experts to help restore and preserve one of the historical buildings of the embassy because London believes such buildings should be restored in accordance with Iran’s cultural heritage standards.

Also present at the meeting was Deputy Director of the Cultural Heritage Organization Mohammad Hassan Talebian, who highlighted that polo is an Iranian sport registered on the list of world heritage activities. He said Iran will study grounds for cooperation with the UK to run the international polo event.

He also said the number of British tourists visiting Iran in increasing as well.

“Iran has good experience in terms of organizing joint museums with other countries … Staging a joint exhibition by Iranian and British national museums can be one of the areas of cooperation between the two countries. At the moment, an exhibit showcasing Iran’s museum items is underway in the Netherlands. Several other countries are demanding such exhibitions be held there as well,’ he said.

“The issue of visa should be mutually agreed upon by both countries,” said the vice president.

“Expediting the process of visa issuance for the nationals of both countries is another area which could be agreed on because most of the Iranians applying for visas aim to conduct economic and cultural activities, and such people should not be bothered in order to get visas,” he said.