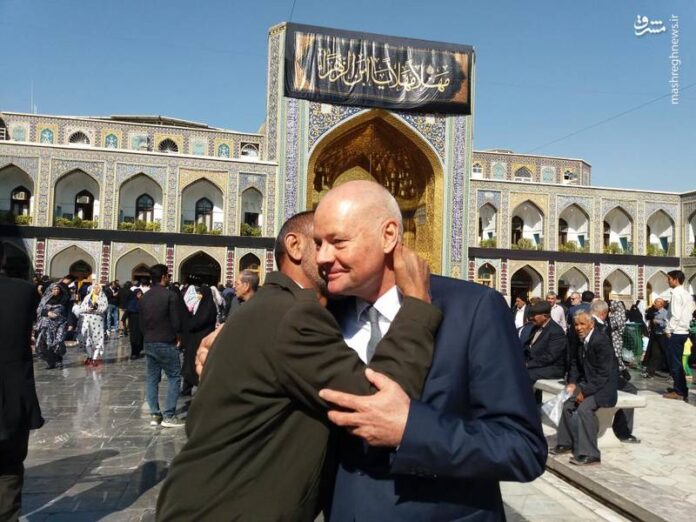 German Ambassador to Tehran Michael Klor-Berchtold has grabbed the headlines in Iran after making moves that seemed to be not much typical of a foreign envoy to the Islamic Republic.

The German diplomat rubs shoulders with Iranian people and rides in pick-ups with them. Klor-Berchtold’s interest in the traditions, customs and religious teachings of Muslims becomes a motive from him to visit the Imam Reza holy shrine. He also attends the training sessions of the Tehran football powerhouse Esteghlal. He even stands behind the ball and scores a goal! He has a passion for the poems of renowned Iranian poet Hafez. By taking a glance at the ambassador’s Twitter page, we see him enthusiastically taking part in a food festival in the city of Zanjan. Then we learn that the pleasant taste of Iranian foods, including Abgoosht (the Persian broth), has aroused his interest to go to cooking classes.

He loves the Iranian culture and civilization, and admits that diplomacy should be at the service of the people. He is also active is social media. He has been the highest profile ambassador on social media in recent months. The Persian-language Shahrvand newspaper has conducted an interview with the top German diplomat. The highlights of the interview follow: 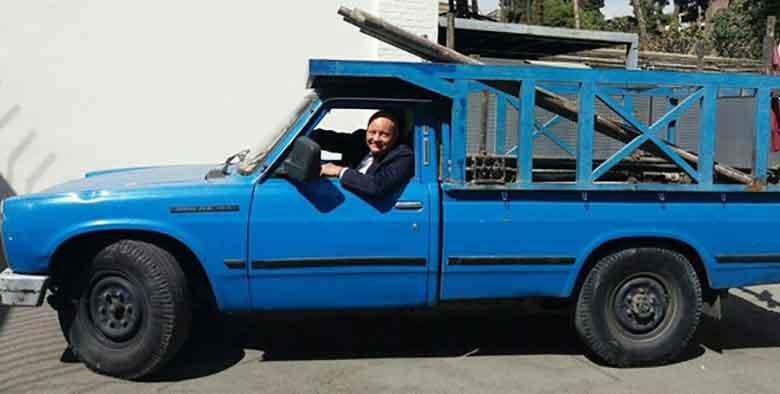 Introduce yourself. How many diplomats were serving as German ambassadors to Iran before you?

I’m Klor-Berchtold. I’ve studied law. I served as a civil and criminal judge for a few years, which was instrumental in shaping my character and way of thinking.

At the end of 2016, I presented my credentials to President Hassan Rouhani. Since then, I have been trying to boost dialogue between the two countries. I’m very well familiar with this region as well as its potential and problems because I used to serve as the German ambassador to Yemen and consul general to Israel and occupied Palestinian territories. I believe in dialogue and the adoption of measures that would build confidence and the fact that all political crises can be settled peacefully with willpower and determination. I was also in charge of the Vienna office of the secretary general of the Organization for Security and Co-operation in Europe to end the Cold War. 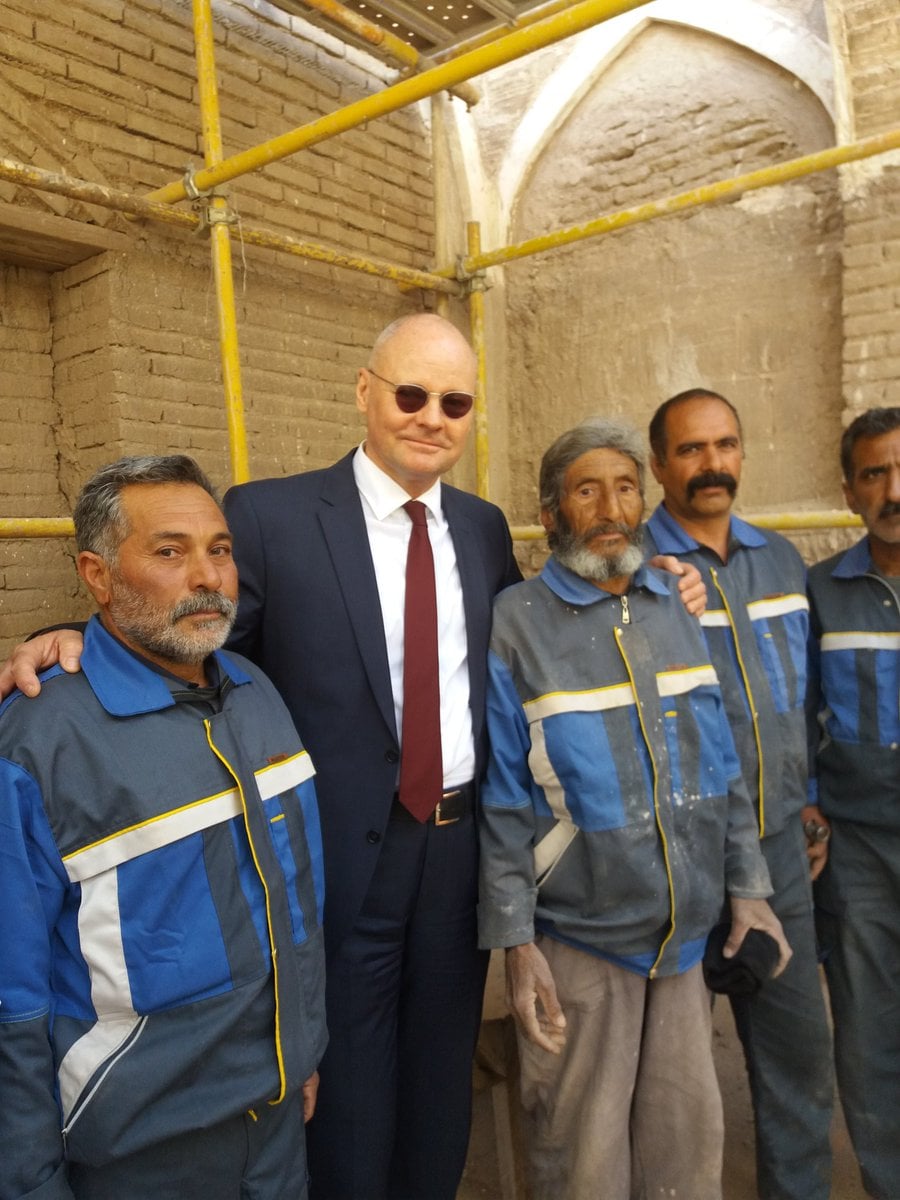 Why are you interested in rubbing shoulders with people?

I believe diplomacy should be at the service of the people, and that’s why I use social media. It is important for me to see how people react to my work and activities. I like talking to people – people like me and you – whether they are in the streets, cooking broth, stuck in traffic, grazing sheep, or in the desert. It is only through these experiences that one will be able to get a more precise understanding of Iran and Iranians.

Can you speak Persian?

I’ll do my best. I have a vocabulary notebook in my car, and learn a few new words every time I get stuck in traffic. I enjoy finding the similarities between the Persian and German languages, and sometimes insert paragraphs in Persian into my speeches. 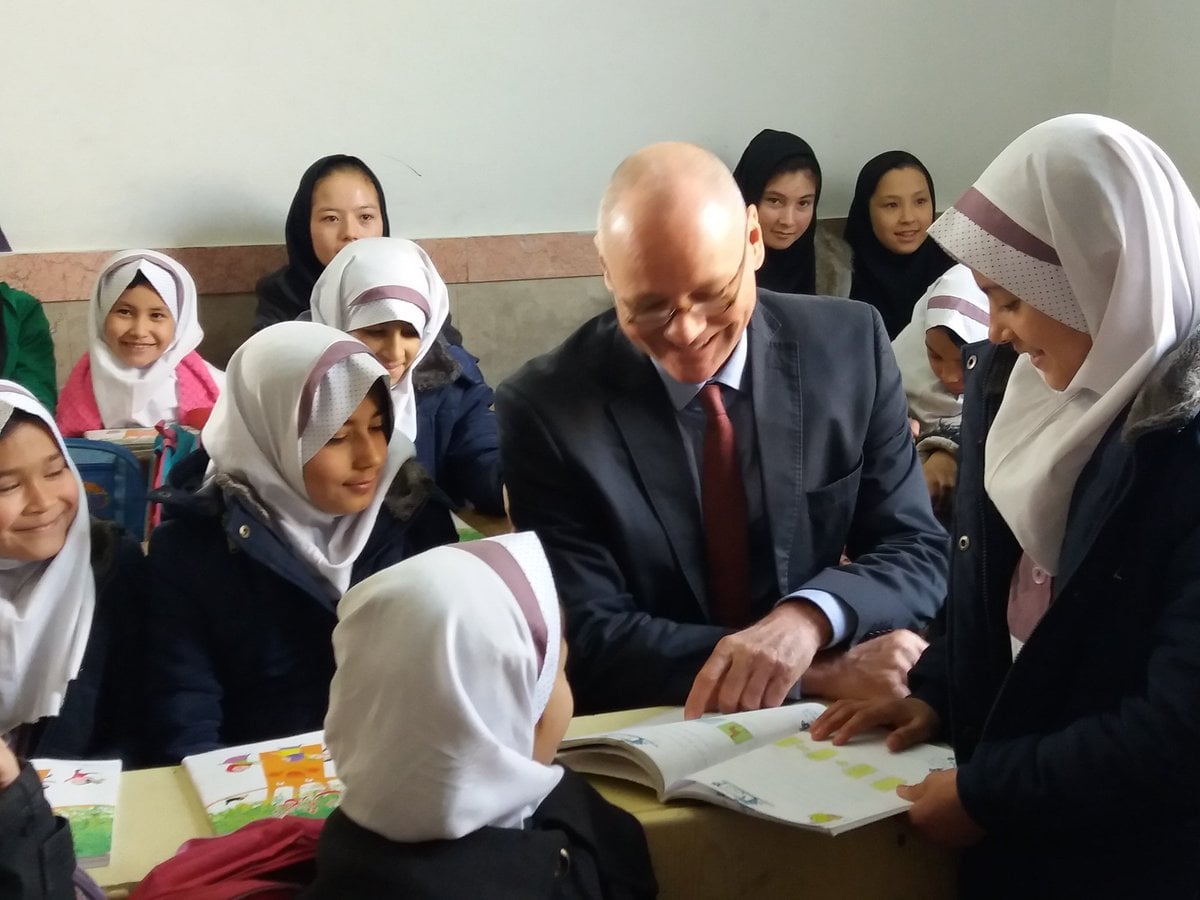 Do you know Iranian poets?

In Iran, everybody has his/her own favourite poet, and always has a couplet ready to recite for every occasion. This is beautiful! Great German poet Goethe dedicated himself to Hafez. His masterpiece West–östlicher Divan (West-Eastern Diwan) is an example of the West’s curiosity toward the East and shows mutual cultural respect. I have learned from Goethe, and I’d like to study Hafez’s works as well. 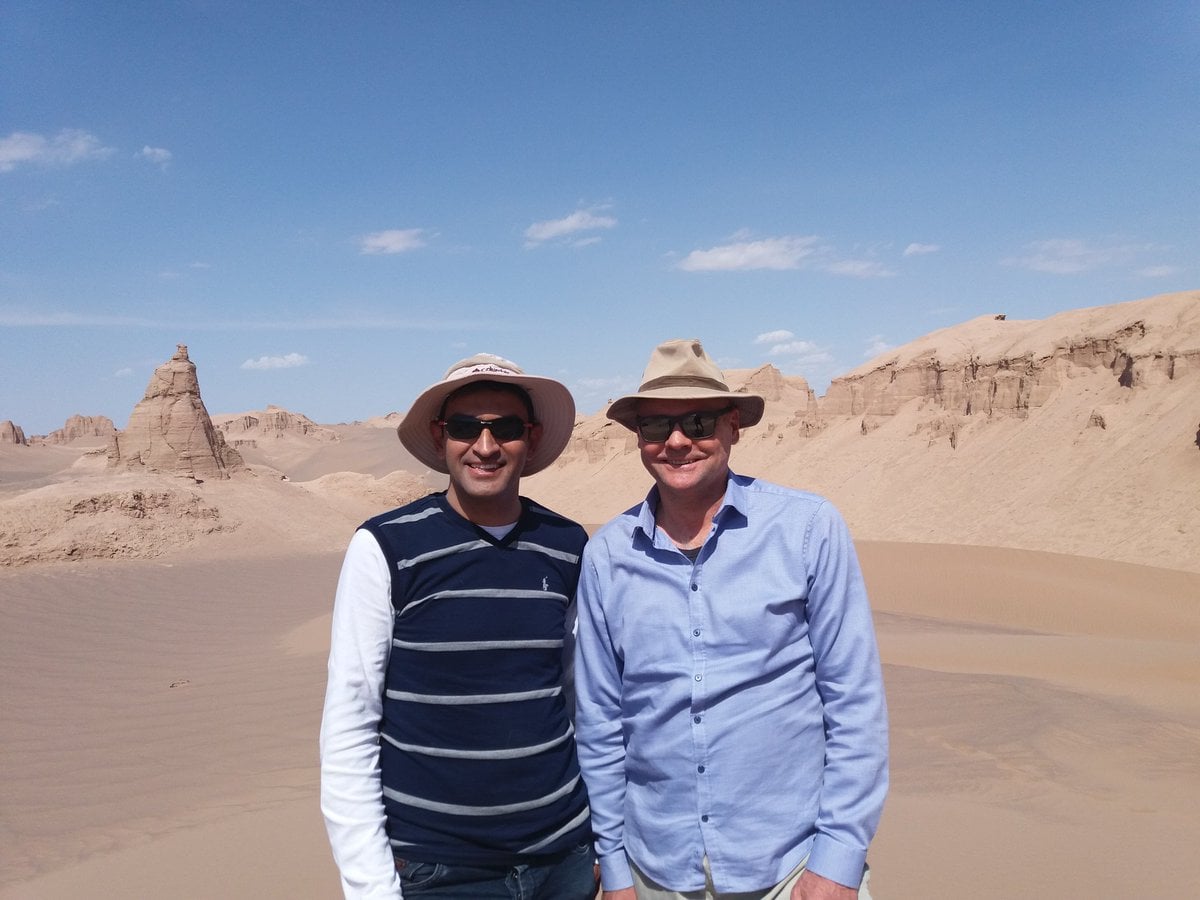 Are there similarities or differences between the Iranian and German cultures? Where are they more noticeable?

Iranians and Germans are curious about the world around them. They travel a lot and travel with enthusiasm. This curiosity and readiness to have new experiences leads to the richness of the character and thought, and guarantees peaceful coexistence and mutual respect.

Iranians and Germans are gourmands. There are similarities in the music domain, too. Both Germans and Iranians like electronic music. I became really happy when I saw the German Schiller music band was warmly welcomed in Tehran. The biggest cultural difference between Iranians and Germans is in the way they look at religion. 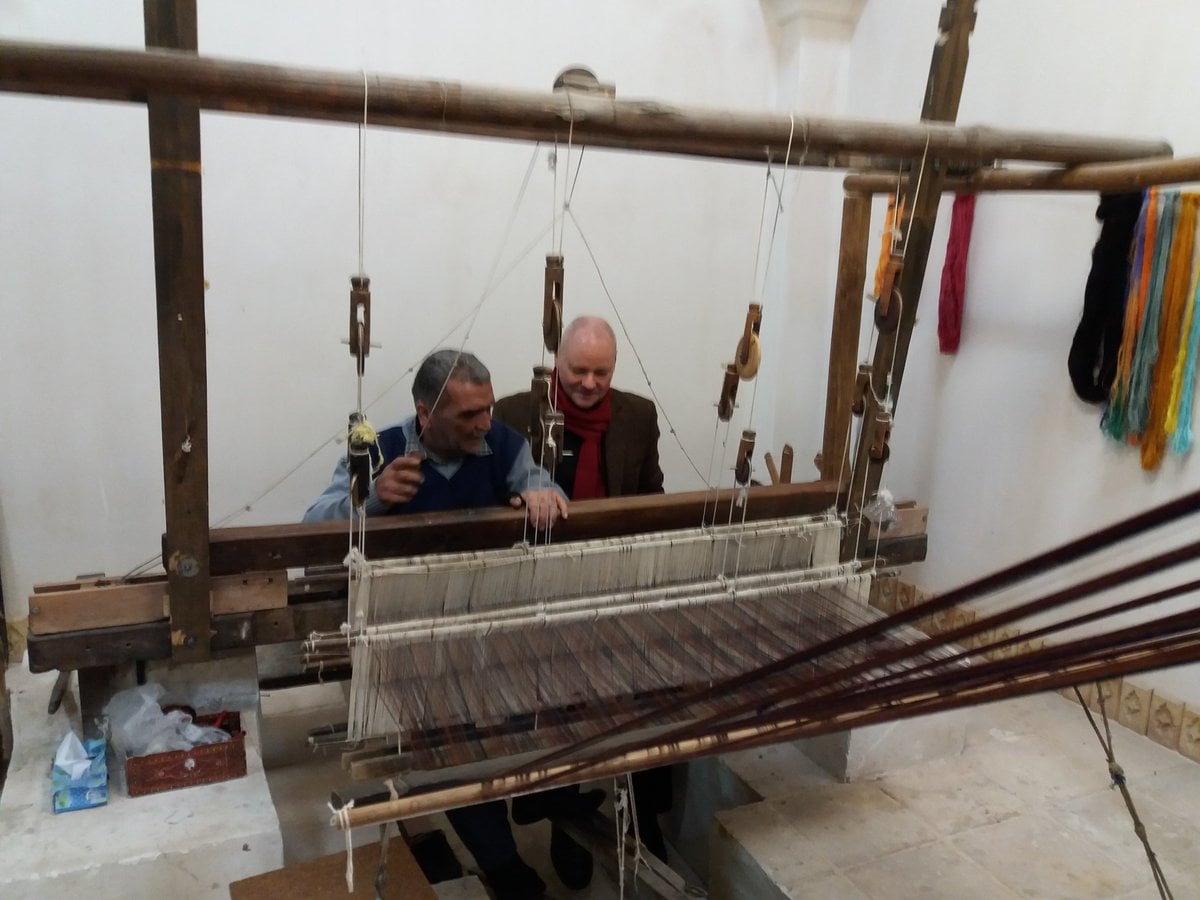 You attended the training session of the Esteghlal team recently. Why did you go there? What do you think of the team? What sports other than football are you interested in?

Esteghlal has recruited Winfried Schafer, a successful German football coach. As the ambassador, I needed to visit him. Of course, I visited the Persepolis team, too. I also visited other teams, for example those in Mashhad, Tabriz, … . Some time ago, I converted a penalty as former goalkeeper of Iran’s national team Mehdi Rahmati was in the goal. I became very happy and I shared it on Twitter. When I was face-to-face with the renowned Iranian goalkeeper, we both had a good time. 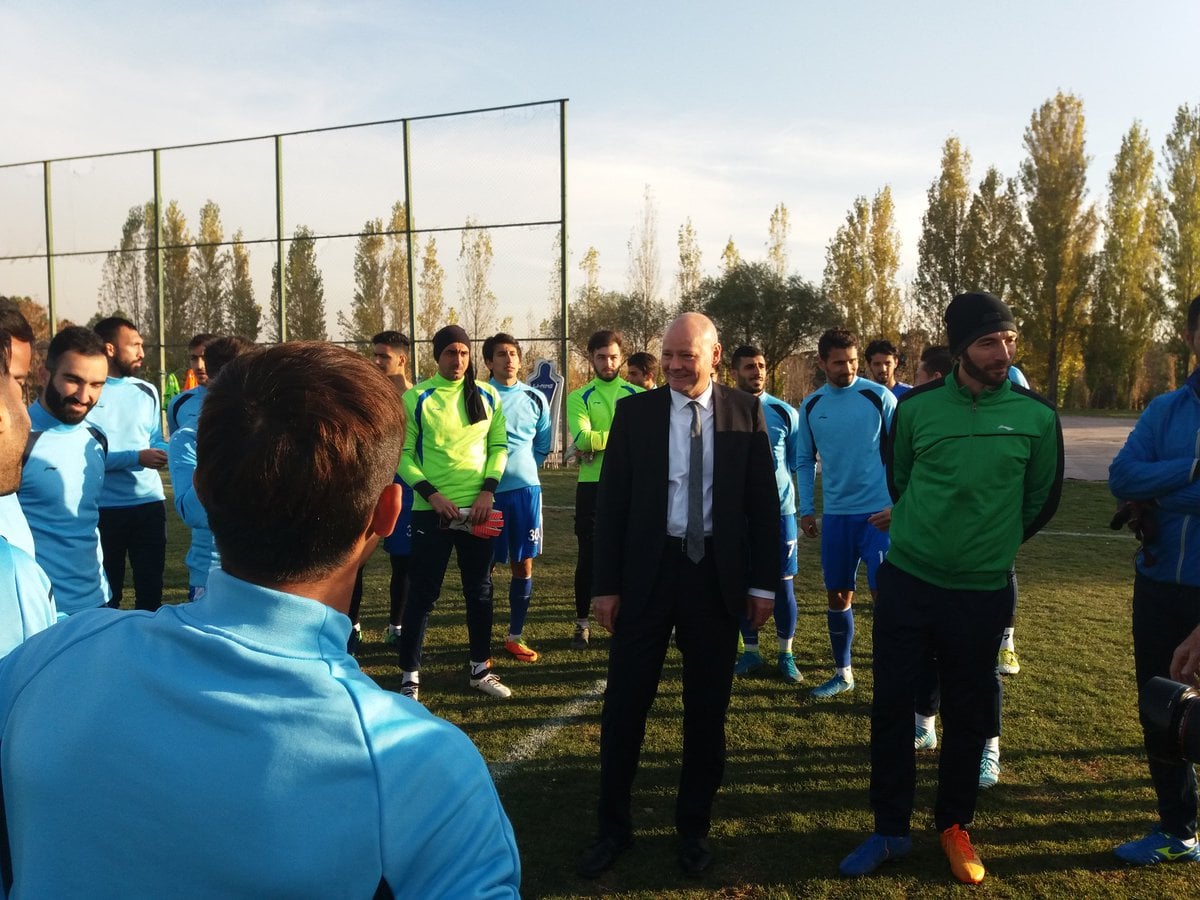 You have posted a photo of yours on Twitter and announced that you are willing to attend cooking classes. Is your interest because of the good taste of Iranian foods?

In Germany, too, we have special and different kinds of food. Each region has its own foods, as is the case in Iran. What we have in common is that we both enjoy eating food with family and friends. 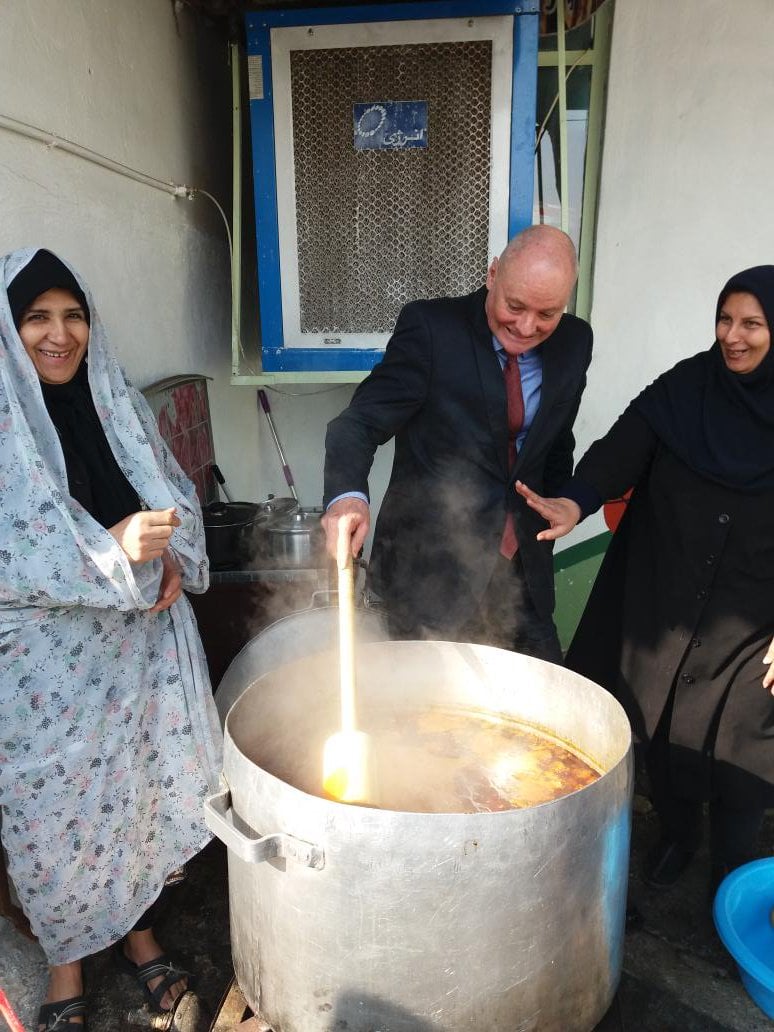 Which Iranian cities have you visited? Which is your favourite city?

There are many towns and regions which are cultural treasure troves. I’m especially interested in Yazd, which was registered on UNESCO’s List of Heritage Sites last year. I’m impressed by the desert as much as I am by the mountains of Iran, not to mention the cultural hubs of Iran such as Isfahan, Shiraz as well as Kashan with its famous Fin Garden. 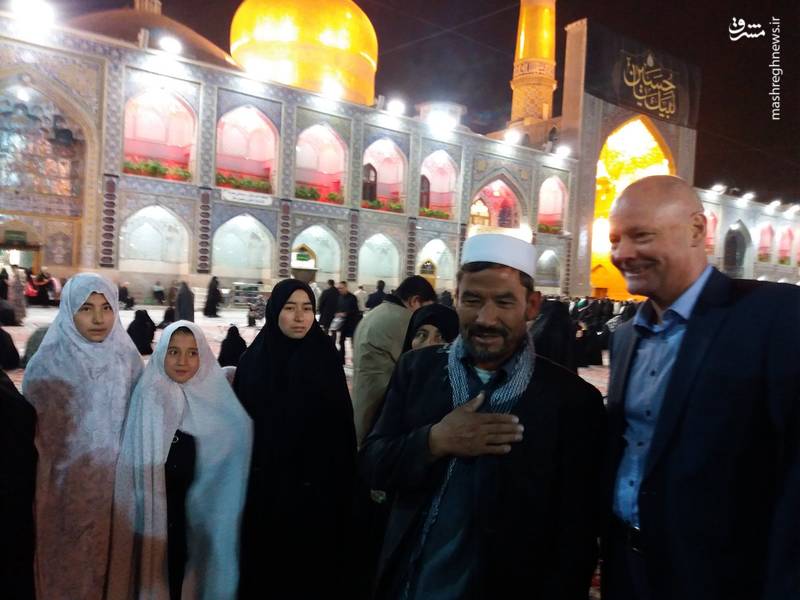 How does the German ambassador spend holidays?

On official holidays, I try to tour the country if possible to get more familiar with it. I wouldn’t like to get stuck in traffic, so I usually drive out of town. I’m interested to talk to people when I’m filling up my car’s fuel tank, shopping, eating a snack on the street or drinking tea at a teahouse. If the weather is not favourable, I play the piano or read a few lines of Hafez’s poems and try to figure out from what perspective he saw the world at the time. 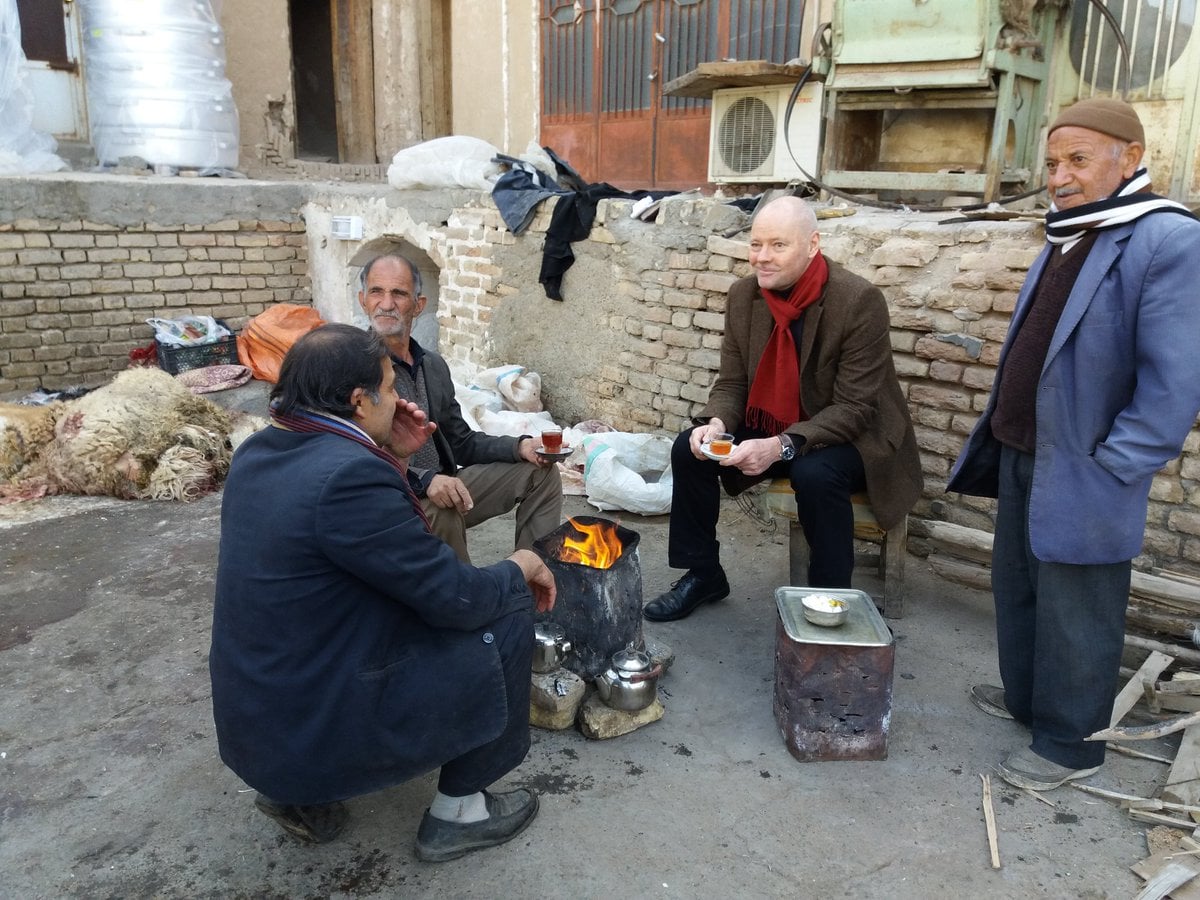