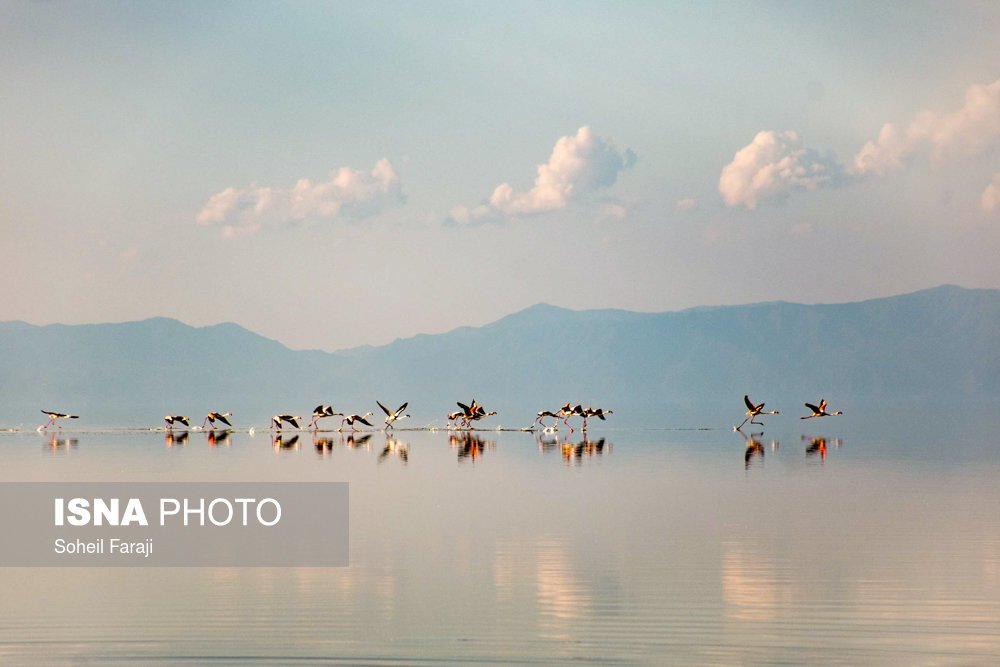 Lake Urmia in Iran’s West Azarbaijan province annually plays host to about 10,000 flamingos. However, in the migration seasons this number doubles and more of this species return to their habitat.

As Urmia Lake has been suffering from dryness over the past few years, migratory birds preferred to go to the surrounding rivers and temporary ponds to access more water, but these days witnesses have seen these beautiful birds are returning to the lake as the weather is getting more pleasant.

Flamingos are basically non-migratory birds, but because of changes in the climate and water levels in their habitats, one cannot say their colonies are always permanent.

Lake Urmia has been depleted drastically due to a variety of factors, including the construction of a causeway as well as several dams that have choked off water from the mountains on either side of the lake. The Iranian government is after recovering the lake through water management and environmental restoration.

Earlier, Deputy Head of Iran’s Department of Environment Masoud Baqerzadeh Karimi had announced that the water level of the dying Lake Urmia in north-western Iran has elevated by four centimetres compared with the previous year, adding that currently two-fifth of Lake Urmia’s surface area is covered with water.

What follows are ISNA’s photos of Lake Urmia and the flamingos that are returning to their natural habitat: