Peter Jenkins, a former British ambassador to the International Atomic Energy Agency (IAEA), says it is not possible for the European Union to preserve the Iran nuclear deal and appease the US president at the same time.

From 2001 to 2006, Jenkins served as Britain’s Ambassador to the IAEA with a primary focus on the nuclear aspects of international peace and security, especially the Iranian nuclear issue, at a point when the nuclear talks between Iran and the European Union appeared to hold promise.

He has been active within the international movement supporting negotiations with Iran and seeking diplomatic solutions that respect Iran’s rights to a civil nuclear power industry.

Speaking in a recent interview with the Persian-language Etemad daily, Jenkins criticised the policy of keeping US President Donald Trump in the Iran nuclear deal at any price, saying that such an approach is wrong.

He also described the Joint Comprehensive Plan of Action (JCPOA) as the most important diplomatic achievement of the EU in modern era, and urged the bloc to preserve it.

What follows is the full text of Sara Massoumi’s interview with Jenkins, published earlier this week by Etemad newspaper: 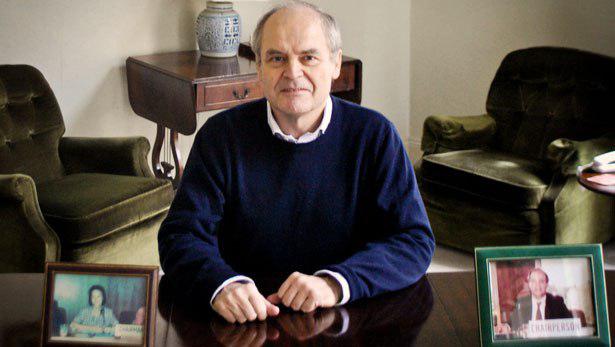 What are the dangers of E3 decisions to appease President Donald Trump to discourage him from withdrawing from the JCPOA?

I am less worried than I was earlier this month when I learned that the E3 had agreed to take part in a “working group” with US State Department officials to look for ways of meeting President Trump’s recent demands, the most notable of which relates to the fact that voluntary restrictions on uranium enrichment, offered by Iran as confidence-building measures, will lapse between 2026 and 2031. I am hearing that there have been diplomatic conversations between the E3 and Iran, and I am confident that these will have enabled the E3 to understand how the Iranian government views President Trump’s demands. This will have helped the E3 to perceive that satisfying President Trump is totally incompatible with preserving the JCPOA. That ought to be enough to persuade them that any thought of appeasing President Trump must be abandoned.

Do you think the E3 will finally accept to fix the flaws which Trump asked for?

No, I think that the E3 will be forced to choose between trying to fix the alleged flaws – and inevitably failing because the “flaws” cannot be “fixed” without Iran’s consent and that consent will never be forthcoming – and defending what is one of the very few really significant EU diplomatic achievements of the last 15 years. Since the E3 (and the EU) still want to be seen as rational and enlightened actors on the international stage, I believe that they will opt for preserving the JCPOA. President Trump’s demands are unreasonable. Preserving a hard-won nuclear non-proliferation agreement is rational.

Iran insists that its ballistic missile program is not negotiable but it seems the EU has its own concerns about it. How do you see the future of this deadlock?

Yes, the EU has expressed concern about Iran’s development and possession of missiles. Since most of Europe is beyond the range of Iran’s missiles, I sense that this is largely a “proxy” concern. Nonetheless, it exists. How to resolve it, however, is far from clear. Iran has as much right to acquire missiles to deter potential aggressors as any other state in the region. Iran’s missile programme is not in violation of international law. So demanding that Iran restrict or terminate it is a non-starter. At the most, in my view, the EU can explore with Iran, on a basis of respect and reciprocity, whether Iran is ready to volunteer measures which would demonstrate that its intentions are defensive, not offensive. Also, promoting a region-wide dialogue on missile proliferation, as some people have been advocating, bears thinking about.

How serious are the flaws of JCPOA which Trump asks the E3 to fix? Do you think the complaints like the sunsets will be a danger for nuclear proliferation?

The JCPOA is not flawed. It is fit for purpose. Those who claim it is flawed are either disingenuous or ignorant of what is and is not compatible with international nuclear non-proliferation law. That is why President Trump’s demand is unreasonable. When restrictions on uranium enrichment lapse, Iran will remain subject to its NPT and IAEA safeguards obligations, and to a pledge to calibrate production of enriched uranium to commercial needs. There is no reason to suppose that under such circumstances Iran will pose any greater a proliferation threat than other NPT Non-Nuclear Weapon States.

Do you think that, if the United States pulls out, the JCPOA is worth preserving for Iran?

Yes, I do – very much so. With the US out Iran will not receive all the trade and investment benefits that it anticipated when it negotiated the JCPOA. (Shamefully, Iran has not received them at any stage over the last two years because the US has failed to respect its commitments). But Iran will still receive some of those trade and investment benefits. There will still be plenty of European and Asian companies and banks that do not have US business interests and consequently have no reason to fear the US Treasury’s disproportionate fines and threats. Iran will still be in a much better position than it was between 2012 and early 2016 when sanctions halved Iran’s oil exports and severely affected other forms of trade, as well as foreign investment. Conversely, if Iran allows President Trump to provoke Iran into withdrawing from the JCPOA, this will “make his day”; it will cause jubilation in the White House, Jerusalem and Riyadh. Why? Because it will enable these enemies of Iran to start once more spreading disinformation about the nature and intent of Iran’s nuclear programme, so as to win global opinion over to restoring penal sanctions and, ultimately, to the use of force to deprive Iran of dual-use nuclear technologies. Much better, if the US pulls out, to react by showing contempt and scorn than by giving President Trump what he really wants when he talks about flaws!

Iran complains that it couldn’t enjoy all of the benefits of removing nuclear sanctions because of US actions. Do you think EU and other JCPOA partners could compensate economically if the US withdraw from the JCPOA?

Sadly, no! Most of the larger European companies and banks have important US business interest. They are and will be unready to sacrifice those in order to do business in or with Iran. Their directors owe it to shareholders to base their decisions on cost/benefit considerations. European governments cannot hope to persuade them to do otherwise. The EU could try to influence decisions by re-introducing a so-called “blocking regulation”, first used in 1996 as a counter to the US Helms-Burton Act. But experts doubt whether banks and companies with US interests would see the protection afforded by that regulation as sufficient. All this said, however, there are plenty of European banks and companies, and many more Asian banks and companies that do not have US interests. They cannot fully compensate for US bad faith, but they can ensure, as I said above, that Iran is still much better off with the JCPOA than it used to be, or than it would be without it.