Iran Front Page
Home Politics Security ‘Bans Can No More Be Cited as Excuse to Seize Arms of... 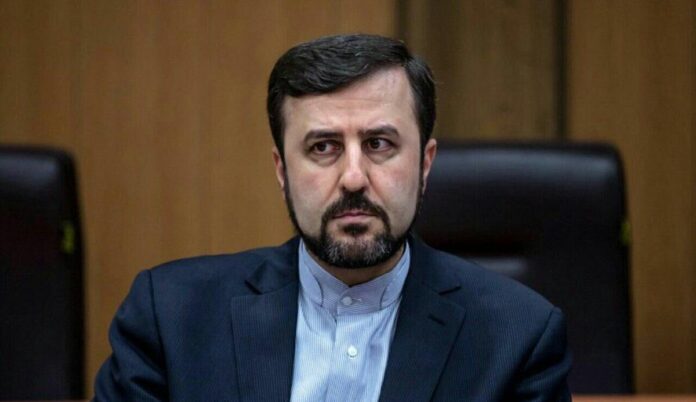 A senior Iranian official says with the termination of the UN arms embargo on Tehran, no one can refer to sanctions as a pretext to seize weapons of Iranian origin in other countries.

Iran’s Ambassador to international organizations Kazem Gharibabadi made the comment after the UN arms embargo on Iran expired on October 18, 2020.

“From now on, governments cannot refer to sanctions or binding international restrictions in that regard when it comes to arms deals or even the existence of weapons of Iranian origin in other countries,” he said minutes after the Iranian Foreign Ministry issued a statement on the expiry of the UN arms embargo on Iran.

He said the US resorted to whatever means it could to prevent the termination of the embargo.

“The US first put pressure on UN Security Council member states to make them adopt a new resolution to extend the restrictions, but failed and suffered a major defeat,” he noted.

“Afterwards, the US made every effort, on its own, to activate the mechanism to bring back former UN Security Council sanctions, which faced opposition from the member states of the council,” said the top official.

He said Washington’s failure to portray Iran as a security issue and move forward with its unilateral measures among its allies at the UN Security Council led to its isolation, which is an important issue.

“The Islamic Republic of Iran will closely monitor the US behaviour and measures in that regard, and will take the necessary action in accordance with the existing mechanisms if the lifting of the arms embargo faces any obstacles in practice,” he said.

He also urged the European countries to live up to their commitments under the Iran nuclear deal.