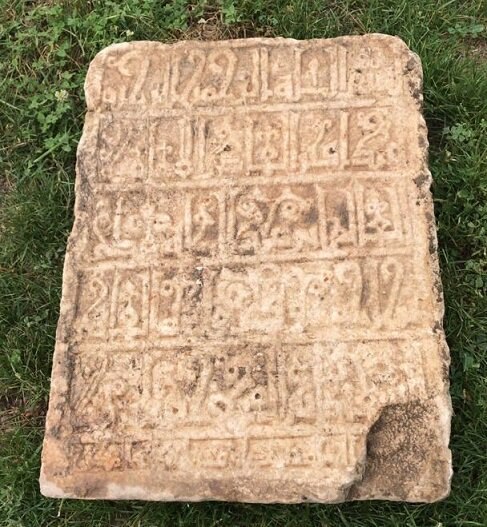 A historical stone inscription probably dating back to the sixth century AH has been discovered in a historical site in Iran’s Kermanshah province.

The antique inscription was found near the Taq-e Bostan Cultural Complex and handed over to the cultural heritage department of the province.

Director of Taq-e Bostan Cultural Heritage Complex, Maliheh Mahdiabadi, told ISNA that the historical work was discovered by a local resident on the lower floor of a house he had bought recently.

“The decorative inscription is written in Kufic script. Although it has eroded over time, it will be handed over to experts for further studies,” she added.

Mahdiabadi also pointed to the discovery of artifacts from the Sassanid period during excavations for gas pipelines over the past few years, stressing that digging must be banned in this area.

Taq-e Bostan is located five kilometres from the city centre of Kermanshah. It is a site with a series of large rock reliefs from the Sassanid era located near the Zagros Mountains.

The reliefs have endured almost 1,700 years of wind and rain. The site has been turned into an archaeological park and a cultural complex.