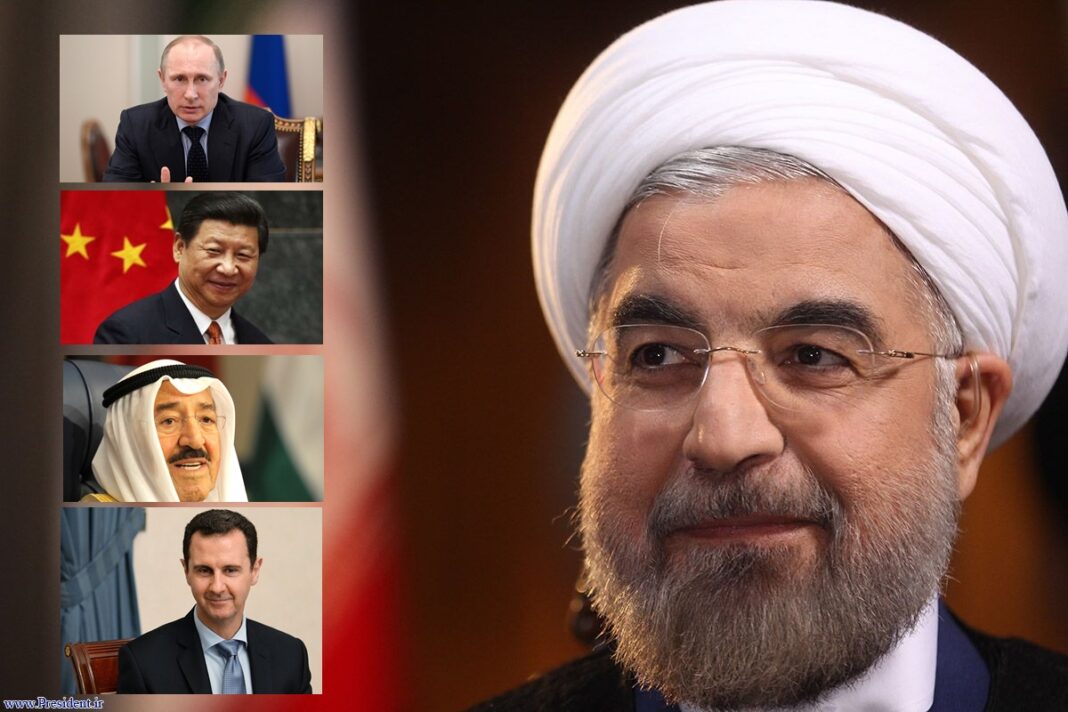 A number of world leaders have sent congratulatory messages to Iranian President Hassan Rouhani, felicitating him on being re-elected as the country’s president in the Friday’s election.

Putin said in his message that Moscow is prepared for cooperation with Tehran in the bilateral and international arenas.

The Russian leader also called for efforts to implement bilateral agreements between the two countries, including a recent one signed during President Rouhani’s visit to Moscow in March.

Syrian President Assad lauded Iran’s presidential vote as an example for the world, saying it was held in light of democracy and perfect responsibility.

He further called for steady cooperation between Tehran and Damascus for contribution to bilateral, regional and international security and stability.

In his message, Aliyev said Rouhani’s re-election means the Iranian nation believes in his efforts to develop the country.

China’s President Xi Jinping also sent a message of congratulations to Rouhani, hoping for improved ties between Tehran and Beijing.

The Iranian president earlier received the first congratulatory message from Federica Mogherini, the European Union’s Foreign Policy Chief, after his victory in the election was declared.