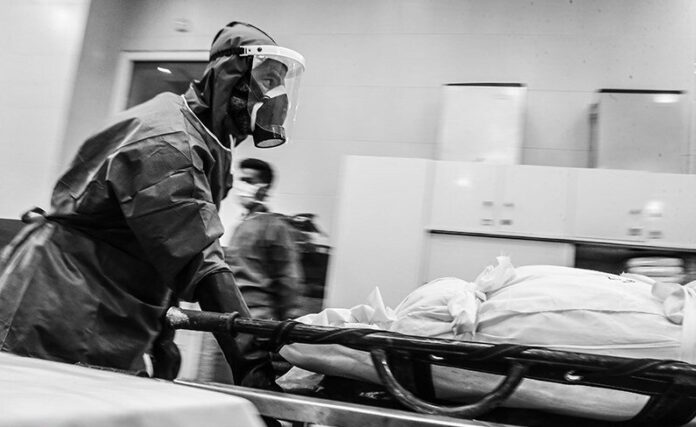 Covid-19 deaths have hit a record high in Iran since the pandemic began in early 2020, with more than 700 killed in the past 24 hours, officials said on Tuesday.

Iran’s Health Ministry figures on Tuesday showed 709 new fatalities over the past day. The total death toll now stands at 103,357. Unofficial sources however say the number of people killed by the disease is much higher than what authorities say.

Authorities in Iran blame the fifth wave of the pandemic including deaths and infections on the more contagious Delta variant of Covid-19.

Iran started a nationwide vaccination drive months ago to contain the disease. The Iranian Health Ministry says 17,233,661 Iranians have so far received the first dose of the vaccine while 6,476,773 people have been fully inoculated.

The Health ministry also announced on Tuesday more than 572,000 people have been vaccinated over the past 24 hours. The Iranian government is getting criticized by many citizens for its handling of the Coronavirus crisis. This came after vaccine imports happened with delay. Iran is among few Middle Eastern nations that domestically develop vaccines including COVIran Barekat to fight the pandemic.

The Iranian Health Ministry has now classified 359 cities and towns as Covid red zones where the rate of infections and hospitalizations are very high.